Avicii’s legacy will truly live on forever, and here is just one more thing to strengthen that legacy.

Madame Tussauds in New York honored the Swedish DJ with a wax statue in their music room at the popular tourist attraction. While he isn’t the first DJ in recent times to be honored with a wax figure, he is surely one of the most deserving.

Cementing himself as someone who changed the music scene and brought a signature sound that will outlive many a classic, tracks like “Levels” and “Wake Me Up” still get a dance floor to erupt just as they did many years ago.

The strikingly real representation of the DJ shows him with a wide smile on his face, one hand raised and the other on the mixer, as you may have often seen him if you’d had the pleasure to watch him perform live before he quit touring in 2016. Just two years later, Tim Bergling passed away in Muscat, Oman in early 2018. His passing came as a wake-up call and a shock to the industry and drew a lot of much-deserved attention towards mental health.

Speaking to Billboard about why they chose Avicii, Tom Middleton, General Manager of Madame Tussauds NY said, “We are always looking to create those celebrities who have made a significant impact on their field, and I think that it’s easy to see that Avicii is one of the most iconic musicians of our generation. For us, it was the perfect opportunity in conjunction with his family to really celebrate his life and his career and allow guests to relive some of this icon’s most notable performances.”

While typically a team of over 20 people would work on making the statue with 200 odd different measurements of the subject, this time around it was a little different. The designers sorted through hours and hours of footage, capturing Avicii at as many angles as they could to create the proper dimensions and to really capture the vibe and the energy he exuded at his performances. The end result was spectacular and lifelike. A lot of input was taken from his parents, Klas Bergling and Anki Lidén at all the different steps along the way.

The Avicii statue joins the likes of Taylor Swift, Ed Sheeran, and Justin Timberlake in the music room at Madame Tussauds NY to shine a light on the artist and his legacy.

Content Writer | EDM News & Editorials at T.H.E - Music Essentials
Techie by day, rager by night. Full-time Expert at Apple and part-time writer with multiple EDM publications based in the Big Apple. My interest in the dance music scene began about 10 years ago and there was no looking back from there. I got involved with it on a professional level in 2013-2014 when I joined the core team for a leading music festival in India. Managing the entire Digital Marketing piece for them in addition to the Public Relations aspect, helped me gain insights into the industry. Upon moving to NYC a few years after, I decided to combine my passion for the music along with my flare with words and began contributing to EDM publications as a freelance writer. 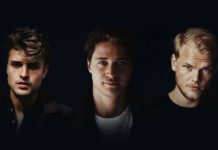