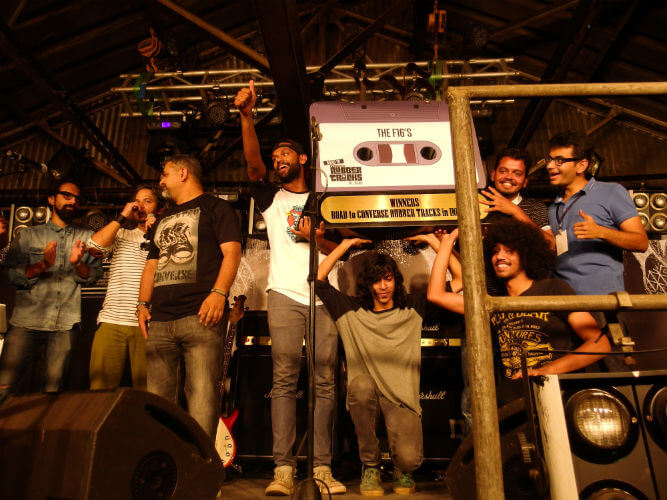 Today, Converse and its Indian licensee, Future Lifestyle Fashion Ltd, announces that the hugely successful Converse Road To Rubber Tracks platform is back with a bang.

Converse is again looking for the best unsigned talent in India – whether you are in a band or a solo artist, a punk rocker or metal head, Converse wants to hear your sound. From January 29 until February 10, music artists are invited to apply to participate by visiting http://rubbertracks.nh7.in/

Because we have the greatest fans in the world, it is only fitting that they are rewarded for making an artist’s dreams come true. Fans are invited to participate by voting for their favorite bands. From there, Converse will showcase these acts, where music fans can see their favorites perform at five free city showcase gigs in Mumbai, Delhi, Bangalore, Pune and Ghuwati, all taking place throughout February and March 2016.

One band from each city will also get a taste of what it’s like to record their track at a studio in their city, before jetsetting to Mumbai for the 2016 Series Finale. Band favorites will then battle it out in front of the crowd for the opportunity to travel to and record at Converse Rubber Tracks Studio in Brooklyn, NY.

Visit http://rubbertracks.nh7.in/ and stay tuned to the site for more information, or take the conversation to Facebook.