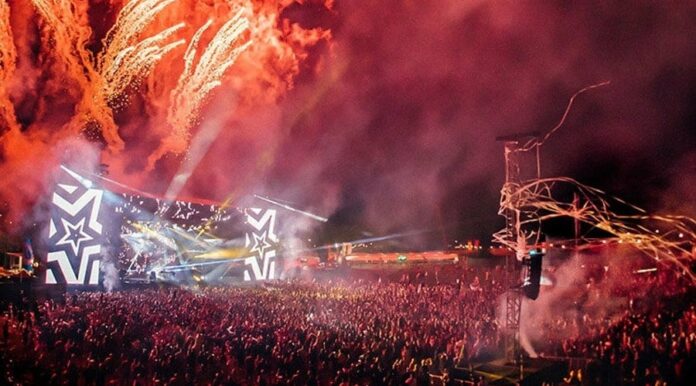 After firmly planting their flag in the festival scene with their debut edition in 2022, Creamfields South returns to Hylands Park, Chelmsford over the May Bank Holiday weekend and is shaping up to be even bigger as Creamfields HQ have just unleashed an almighty first phase line up.

Building on its success which saw the debut South edition attract over 50,000 people, the festival has also added an extra day of live music with performances now running across three days.

As a first phase line up, they don’t get much bigger with Main stage headliners just announced including Calvin Harris (Saturday), Swedish House Mafia (Sunday) and Tiësto (Friday) at the helm, plus performances from some of the biggest names in electronic music including Andy C, Becky Hill, Camelphat, Carl Cox (Hybrid Live), Chase & Status (DJ Set), Example, Fatboy Slim, Gorgon City, Nina Kraviz, Patrick Topping, Sonny Fodera + many more still to be announced, all performing across the multi stage festival.

With Creamfields bookending the festival season and their North edition already sold out, Creamfields South is a no brainer, and as we’ve come to learn from this global festival powerhouse, we can expect more surprises along the way.

Tickets will be on sale from 9am (GMT) Friday 25th November and fans are urged to sign up to secure a ticket www.creamfieldssouth.com. Fans can purchase in full or via the 6 part deposit scheme and secure a ticket for just £20 deposit.