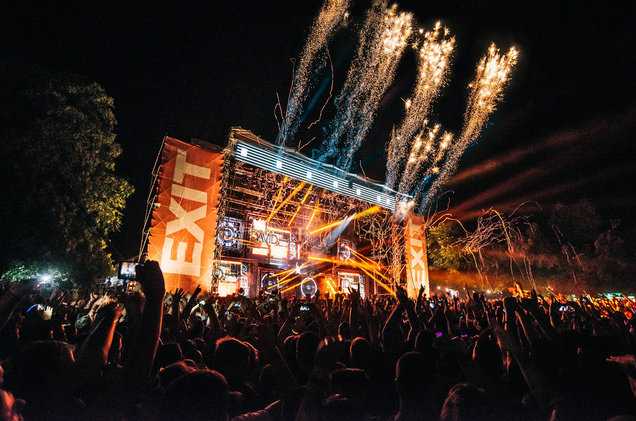 The first EXIT Summer of Love received new headliner reinforcements at its festivals located at the Adriatic coast: Fatboy Slim, Paul Kalkbrenner, Modestep LIVE and Pendulum DJ Set joined the line-up along with The Prodigy at Sea Star Festival in the Croatian seaside historic town of Umag, which will be held on May 26 and 27. The festival tsunami that brought The Prodigy to the new Sea Star festival at the Croatian coast is now joined by an even greater wave of performers. The winner of Grammy, three BRIT and 10 MTV awards, the legendary showman Fatboy Slim will make an intro into this years official celebration of the 15th anniversary of his famous Brighton Beach party, where he performed in front of record-breaking 250,000 people! Headliner list will also include the leader of the German electronic scene, Paul Kalkbrenner, famous for stadium-size spectacles and recent Brandenburg Gate performance in front of half a million people!

Modestep, the dubstep band performing fully LIVE for the first time in Balkans, is coming to the Sea Star in Umag, the first in the line of EXIT Festival’s Summer of Love 2017, and the furious quartet of new headliners in Croatia is completed by the DJ set of the Australian bass-rock band Pendulum, who are responsible for some of the greatest EXIT parties in history of the festival! The Sea Star line-up will also be fueled by some of the most prominent local artists, including Elemental, Bad Copy, Brkovi, Artan Lili, Jonathan, High5 & Kukus, Kiša metaka, Krankšvester, Matter and Sassja!

More on the festival here.