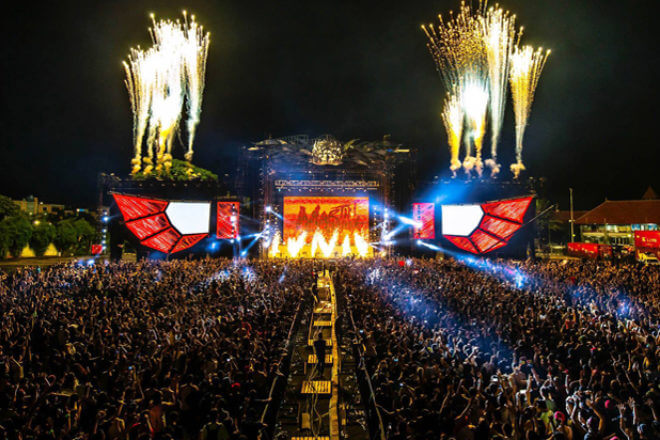 Having cemented itself as the largest, most exciting music festival in the region over the past 8 years, Indonesia’s Djakarta Warehouse Project reveals the staggering Phase One lineup for its highly anticipated 2016 edition, taking place on December 9-10.

Last year’s record-breaking, sold out event welcomed a dazzling array of DJs and electronic acts to the heart of Southeast Asia, and this year’s DWP looks set to raise the bar even higher. Armed with countless of hits and a wealth of experience entertaining crowds of DWP’s stature, Dutch Sensation Hardwell, and dance music wunderkind Martin Garrix, are the first to grace the colossal grounds of the JiExpo Kemayoran Convention Center this December. Following a mind-blowing performance in 2013, Grammy Award winning producer/DJ, Zedd will also be making his long-overdue return to Jakarta, along with trap/neo-electro trio Yellow Claw, and electro house DJ KSHMR. These superstars will showcase their colossal performances to tens of thousands of international and local fans, many of who will be returning with high expectations after 2015’s mesmerizing event. Life In Color KINGDOM, “The World’s Largest Paint Party” comes to DWP this year as it ventures into the Asian market for the very first time in its full form.

Early bird tickets are available at IDR 1,000,000 (roughly $80 USD) and VIP passes start at 2,500,000 Indonesia Rupiah (roughly $180 USD), be sure to secure yours before prices rise for what is set to be an unforgettable two day event and stay tuned to DWP’s socials for more exciting news soon to be announced.