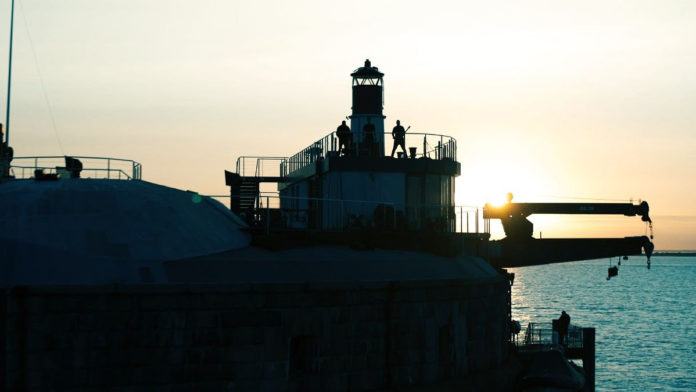 After the phenomenal release of their eagerly anticipated, brand new double A-side ‘Nothing For Free’/ ‘Driver’ last week, Pendulum, one of the most iconic electronic acts of all time, is set to surprise fans further with a stunning one-off live stream from the roof of an armor-plated ex-military fort hidden away in the English Channel.

Set on the leviathan Spitbank Fort, one of three 150-year-old military forts based in the Solent between Gosport and the Isle of Wight, the site has served through two world wars providing military protection for ships in the English Channel. The hour-long event will feature a mix of Pendulum hits, including the brand new ‘Nothing For Free’ & ‘Driver’, mixed in with some of their favourite tracks of the moment and fans should pay special attention for an exclusive preview of further new Pendulum music!

Pendulum shows have always been known globally for their incredible production values and with this show, Pendulum won’t disappoint. They’ve decked out the fort with world-class festival production so that fans can expect everything that they normally would and more from a Pendulum headline performance! A full spectacular light show alongside a huge SFX set up including lasers, pyro and flames, while the whole set has been expertly shot by director John Paveley and his team of drone & handheld camera operators as well as static cameras placed strategically around the fort, giving an up-close and personal 360-view of the stunning location.

The launch of the first new Pendulum music since the UK #1 selling album ‘Immersion’ last week has rightfully catapulted the band back into the global spotlight. With a Triple J premiere for ‘Driver’ and an Annie Mac exclusive on ‘Nothing For Free’, both tracks have seen playlist after playlist additions across Spotify and Apple, global press support and national radio plays from BBC Radio 1 and Apple Music 1, with streams over 1million+ across the first couple of days!

With fans finally celebrating the release of ‘Nothing For Free’ and ‘Driver, a brand new era for Pendulum has officially begun. Tune into Pendulum’s YouTube, Friday from 12pm BST.

Mix Of The Week: Jack Trades