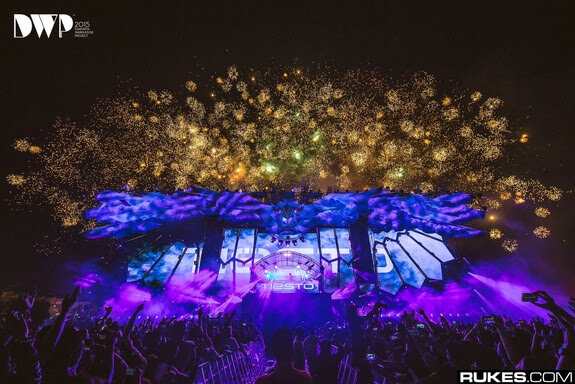 Five months after celebrating its most successful edition to date, the Djakarta Warehouse Project (DWP) 2015 After Movie has arrived.

Spanning a glorious 18 minutes, the short film explores the vibrant culture of Indonesia, and highlights the palpable intensity of both incredible days at the Festival.

Featuring performances from the biggest DJs in the industry, including Armin Van Buuren, Jack Ü, Major Lazer and Tiësto, the two-day event displayed DWP’s exponential growth over the past few years, and their unwavering commitment to constant improvement. Directed by Robert Koster, the 2015 Djakarta Warehouse Project After Movie showcases the jaw-dropping diversity and indescribable atmosphere of the event, and will surely draw new attendees for #DWP16.

Presented by ISMAYA LIVE, one of Asia’s leading event promoters, the film covers every aspect of the Festival, from the superstar DJs, to the mainstage dancers, to almost 80,000 beautiful attendees to the glittering city of Jakarta itself. Boasting one of the finest & diverse lineups of 2015, the Djakarta Warehouse Project featured Axwell^Ingrosso, Dillon Francis, DJ SNAKE, Galantis, Kaskade, Porter Robinson and What So Not to name just a few, making the capturing of this event particularly challenging. Thanks to the teams at One Eye Media, viewers are treated to nearly every edge of the festival, making this a truly spectacular After Movie.

Introducing us via immense panning sweep of the city’s skyline, Koster then focuses on three dancers who journey with us through downtown Jakarta, before plunging us deep into the heart of the Festival grounds. Alternating between stunning drone footage of multiple stages and the massive array of pyrotechnics sprinkled throughout the festival, and diving headfirst into throngs of thousands celebrating the wealth of musical talent on display, Koster delivers a truly breathtaking picture. With a soundtrack highlighted by the official after movie anthem by Indonesia’s own rising star, Devarra, as well as monumental singles from Oliver Heldens, Major Lazer and Galantis, he manages to recapture the vibrancy and intensity that has made the Djakarta Warehouse Project one of the most exciting go-to events across the whole of Asia.

Along with the arrival of this After Movie, Djakarta Warehouse Project has announced the opening of pre-registration for the 2016 edition of the storied Indonesian Festival. Be sure to mark your calendars for December 9th and 10th, and pre-register for tickets at www.djakartawarehouse.com.