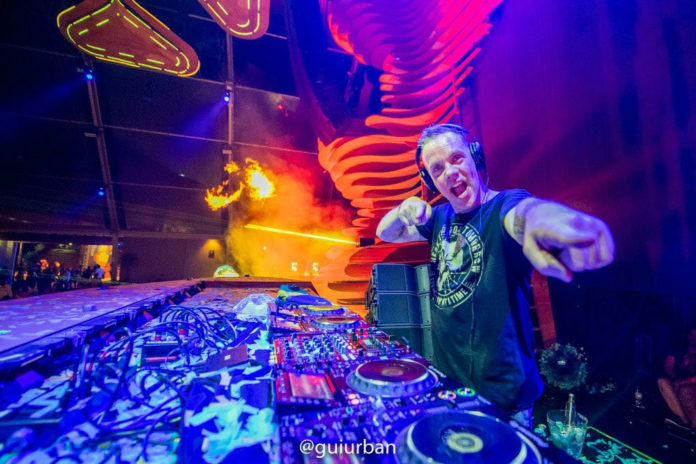 Amsterdam-based Dj/Producer RAM has been active in the Dance scene for 25 years.

To celebrate this in style, he has done everything in his power to tick the box of his number 1 Bucket list item. ‘His very own one-man show in the legendary pop temple Paradiso – Amsterdam. Truly amazing news and it’s going to happen on Saturday, January 18, 2020!

Earlier this year, RAM launched his Essence of Trance concept in Paradiso’s – let’s say – little sister venue; Paradiso-Noord. Although his party turned out to be one of the best Dutch Indoor Trance parties this year, the idea of his celebration in the bigger Paradiso was already in his mind and on the shelf for a couple of years. Waiting for this moment to give weight to his 25th anniversary. To make this an unforgettable evening, RAM will conjure up the very best Trance gems from the past 25 years.

RAMs ‘Essence of Trance’ is not about the so often played Classics, but about the less commercial, more emotional & beautiful Trance in which you can completely lose yourself on the dance floor. The essence of trance right? It is exactly this emotion that RAM likes to extract from you while showing his essence. To deliver you goosebumps all over your body, to see wonderful smiles appear in the audience and maybe even get you a little misty during a sensory breakdown. RAMs performance will be enhanced with live performances by Susana and Stine Grove. These two great vocalists have often proven to provide something extra to the total experience. With its Essence of Trance performance, RAM delivers a six-hour set that starts at 0:00 AM and lasts until 6:00 AM.

In January, Ram also releases a unique 4-part compilation album. An album which clearly differs from the dozens of existing compilations. It does not contain tracks that you already have seen in everyone else’s charts. No, this is an exclusive summary of tracks from his “Essence of Trance” sets. A collector’s item with secret gems that you should not miss as a fan of RAM, but also as a fan of Trance music!

Club Paradiso – Amsterdam is not just a random venue, it’s a real church and sacred ground for people who love music. It’s the ultimate venue for a musician and at the same time it is anything but common that dj’s have their one-man show over here. Many international bands or acts have made a name for themselves here and RAM is incredibly proud of this big event. To be honest with you, tickets are very well priced, because for only € 26.50 (incl. The mandatory membership of Paradiso) you are celebrating RAM’s 25th anniversary with us in the magical church! Due to an evening program doors will not open until 11.30 pm and event starts at 00.00am.

This is one you don’t wanna miss. Grab your tickets here.

Music Mmkrishna Cherla - August 9, 2020
0
Dutch Duo Samir and Diego, better known as Moksi, just joined forces with Singer/Songwriter Adam McInnis for their new record “Tidalwave” and it is...
ABOUT US
What started as an interest, slowly turned into a passion, and before we knew it, we had curated and founded a thriving community of avid electronic dance music lovers.
FOLLOW US
© Copyright 2020 - T.H.E Music Essentials