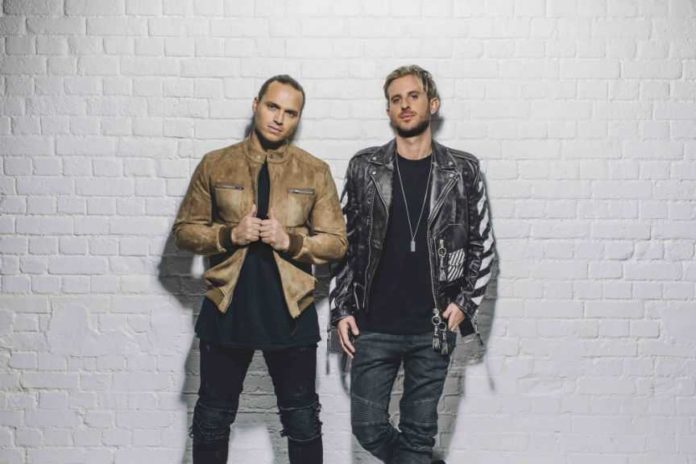 Sigma are arguably Britain’s biggest dance music duo. The drum and bass duo burst onto the scene with their stellar remix of Kanye West’s Bound 2, which was considered one of the biggest songs of the last few years.

Festivals the country over, music channels the world over, tirelessly churned out Nobody To Love, Sigma’s biggest tune so far.

Sigma have confirmed themselves as one of the most in demand bands in the UK. They bookended an incredible summer season with a sold out headline gig at O2 Brixton Academy, while one of their many festival highlights included Reading Festival in August, when thousands of fans had to stand outside a packed tent while they performed on the NME/BBC Radio 1 stage. In between, their full live shows and DJ sets saw them smash We Are FSTVL, Isle of Wight Festival, Parklife, Ibiza Rocks, Exit Festival, EDC UK Wireless, Boardmasters, V Festival, Bassline Festival, and many more. The Sigma Live Royal Albert Hall concert is part of the Albert Sessions, which encourage up-and-coming acts to play the venue, attracting younger audiences through lower ticket prices, and featuring unique masterclasses in which the headline acts share their expertise with young people from schools across London.

Currently in the studio finishing further new material, Sigma (aka Cameron Edwards and Joe Lenzie) have been able to catch their breath after a two and a half year whirlwind that began with their first No.1 single. As it stands, Sigma have now sold over 300,000 albums in 10 months, with over 4 million singles sold in total, including 8 hit records (2x Platinum, 1x Gold, and 3x Silver).

Recent single ‘Find Me’ (feat. Birdy) is the first track to be taken from Sigma’s second artist album; the as yet untitled album is due for release later this year and is the follow-up to their 2015 debut, ‘Life’. Featuring Birdy, the song’s music video stars Millie Bobby Brown, the young British actress from the hit series ‘Stranger Things’. The video received worldwide acclaim from Pitchfork, NME, Rolling Stone, Dazed & Confused, Stereogum, and many more.

The duo have now been invited to speak at Cambridge University during the Easter Term. On 3 May, Sigma will be a guest of the Cambridge Union Society; the pair will be interviewed about topics including their career to date and issues including music education in schools (https://www.tes.com/news/tes-magazine/tes-magazine/teach-bleeps-rave-repeat).

Other guests for the 200 year old society’s Easter Termcard include Bernie Sanders, Gina Miller, Stephen Fry, Piers Morgan, and Mary Berry. Sigma are the first DJs to be hosted as speakers at the Cambridge Union; Kissy Sell Out having taken part in a debate at the university with Stephen Fry in 2012.