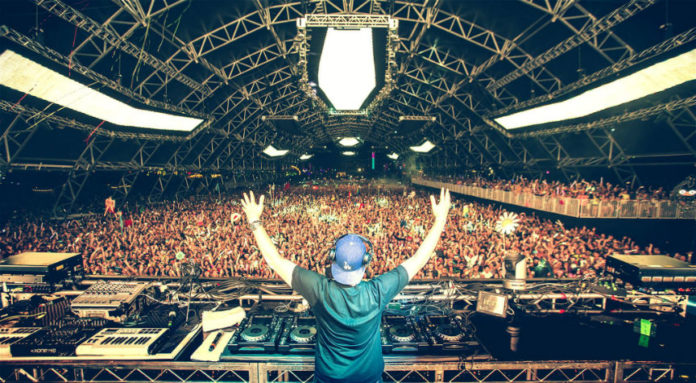 Soothing pads, ear-splitting snares, dreamy leads. Sounds like an Eric Prydz song? Well, there’s a whole bunch of them on Opus, the Swedish House Master’s latest album, as its called, and there’s plenty of musical delight, and then some!

He’s been on a flourishing trajectory ever since his Steve Winwood inspired, ‘Call on Me’ stormed the charts, and his unique musicality and inspired production prowess knows no bounds. Prydz’s career has been on the verge of underground dominance, while leaning towards the overground notoriety at times.

‘Opus’, a 19-song album, stays true to its name, to provide some of the biggest progressive house tunes in recent times, featuring Prydz’s well known hits as well unreleased fan favourites along with ID’s from over the years. A master in his craft, the 4/4 goodness and dreamy emotions capture many a listener, while Prydz attempts to dabble with elegant 4/4 manipulations and successfully so. He’s got a way with his chords and his soul bending melodies pay much heed to the modern day masters of this age.

The album opens with ‘Liam’, with it’s hypnotic arpeggios and chord sweeps, making for a perfect opener! ‘Black Dyce’ makes for a soothing blend of shimmering chord structures. ‘Collider’ is a stunning melodic anthem, with it’s riveting drum play and dreamy leads, with a pinch of Pryda goodness! ‘Som Sas’ swears by the signature octave – jumping bass line and saw tooth leads.

‘Last Dragon’ is a close reminiscent of Prydz’s previous offerings, striving close to his classic ‘Every Day’. ‘Moody Mondays’ strikes a fine balance of effortless progressions and elegant vocals from ‘The Cut’. Definitely one of our favourites from the album!

‘Floj’ is the most effluent track from the album with its ever changing tone and calm persona. The techno inspired ‘Trubble’ drifts towards Prydz’s Cirez D moniker, while capturing a firm sense of authoritative synth shots and glimmering arpeggios. ‘Klepht’ is yet another progressive beauty. The album is a journey through various musical entities, symbolically of course. This track plays to much more.

‘Eclipse’ drags down to a lower tempo, yet subtly switching over to a new direction of chord play and calm composure with twists and turns.

Disc 2 begins with ‘Sunset at Cafe Mambo’, Prydz’s clear reference to his connection with Ibiza and it’s lores. He wisely distinguishes himself from the EDM space, and this track is as Ibiza as they get! ‘Breathe’ featuring Rob Swire fr Knife Party is a down tempo post grunge tune that clearly defined Prydz’s diverse prowess apart from the regular 4/4 offerings. Special mention to Rob Swire for delivering one of his best works to date!
‘Oddity’ does everything right. A Pryda typical, there’s something incredibly unique and inspiring with Prydz’s sound design on this one!

‘Mija (Re-scored)’ brings a reassuring chord progression to suddenly pivot into a euphoric chorus and firmly reiterate the genre of entrancing progressive house. ‘The Matrix’ is a shimmering yey uplifting anthem that correlates to happy vibes and good times!

‘Opus’, in the end, exhibits the magnificence of Prydz’s productions, and paves the fine way to classic status. There’s more than just emotion and the vibes are incredibly overpowering, much like the rest of the album.

Deeply woven into a fine fabric of quality dance music, Prydz does everything right with ‘Opus’ and the overpowering sound design and an emotional aura make for a perfect listening experience right from minute one!

Editorials Akshay Bhanawat - August 1, 2020
0
It is a given that everyone has a different study environment. Many feel that sitting in a quiet environment like a library will help...

Music Akshay Bhanawat - August 1, 2020
0
Following on from the release of I’ll Be Your Friend earlier this month, DJ heavyweights, Low Steppa, Havoc & Lawn and Riccardo Marchi have...

Music Akshay Bhanawat - August 1, 2020
0
The Bassrush Records crew is mobbing out with its latest issue, a massively destructive collab between Gentlemens Club and Aweminus. As one of the most...

Music Sagar Deshmukh - August 1, 2020
0
A veteran of the Indian Electronic Music scene, Piyush Bhatnagar aka Sound Avtar has been one of the flagbearers of Bass Music in India....
ABOUT US
What started as an interest, slowly turned into a passion, and before we knew it, we had curated and founded a thriving community of avid electronic dance music lovers.
FOLLOW US
© Copyright 2020 - T.H.E Music Essentials