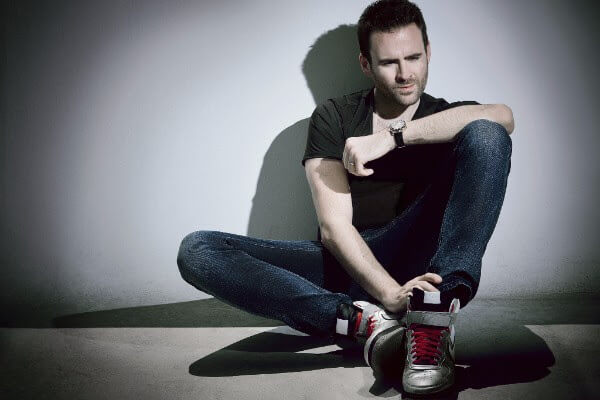 Gareth Emery finally released his latest studio album – 100 Reasons To Live. This is Gareth’s third full length album after “Northern Lights”. It is something which has taken about 2 years for him to complete, it includes artists from various genres and really it is worth it.

It has been a real journey for Gareth and as he has said on Facebook “In short, I rediscovered what made me happy, or in other words, figured out my ‘Reasons To Live’, and then stuck ‘100’ in the front for no other reason than it sounded better.”

With the busy lives that many artists lead, it does take a toll after a while and it is always good to reach out and remember why they got into the love for music to begin with. This album takes us on a journey supplemented by Gareth’s sound.

Check out my track-by-track on this album below. :)

The start of this track sort of lures you into this world of peace and serenity before transporting you into a world of festivals and excitement. A fitting title to show that although the journey may start off on a slow pace, with dedication, it is possible to achieve your dreams.

The lyrics successfully capture your attention from the first second. This track has Gareth’s distinct sound which you can hear via the piano in the background. A beautiful track which I know will be on repeat on my playlist.

This seems to be more of a radio track; it starts off on a good note getting straight into the lyrics. I must say he chose his vocalists quite well as they really bring out the essence of the track.

We all know this track as it’s the lead single from this album. I feel this track has more depth to it in terms of the lyrics. Although it has a club tone, the focus should remain on the lyrics itself.

This starts off beautifully, the piano just sets the tone for the rest of the track and her voice flows. This track takes a while to build up but the drop is perfect for an outdoors festival vibe.

Well I’m sure we are all aware of this track, made famous by the video which was circulated widely on social media. It is basically a mainstream EDM tune with the usual drops although I have to admit it is rather catchy and I can definitely see this track doing rather well.

Gareth has brought in a male vocalist for this track; his voice is full of passion and really enticing. The drop in this track is perfect for a club night and it leads back to vocals.

I have a soft spot for vocalists I must admit and this album just plays into it, her voice is just beautiful. This track has it highs and lows but it certainly keeps you singing along.

It not only starts off with vocals but there’s also the piano which dominates for a while, it adds a sort of calming aspect to the track. I enjoyed the lyrics to this track very much so and I can see myself listening to it quite often.

10. Save Me (feat. Christina Novelli)

This might be my favourite track although that might be because I absolutely love Christina’s voice and the magic she and Gareth create whenever they work together. Her voice commands you to just stop, listen and appreciate the meaning behind the lyrics. It is a fairly slow track, not too upbeat however it shouldn’t be taken for granted.

Ben is a talented artist to work with and together they bring out more of a trance feel to this track, starting off rather upbeat and keeping to the tempo.

It starts on a slower note before he brings in his piano which moulds so perfectly. I feel like this track, the beat and the lyrics, make you feel the pain and dedication it takes to become successful. It’s more for you to feel rather than to just listen.

Now this is a Gareth Emery track, the tempo is so him. Its more relaxed than upbeat and club like although I feel it’s a very emotional track, it feels like this is the point where he looks back at what he’s accomplished and feels nostalgic, I mean I can feel my emotions run high just listening to it.

Also starting off rather slow before picking up tempo a bit. A rather magical collaboration between the two, definitely a brilliant way to end the album.

I must say I really did enjoy this album; the vocals seem to speak a lot and send a message through to the listeners. There’s more to it than just simply listening to the music, it requires you to really think. Overall an album I shall definitely recommend to those who have seen Gareth progress in life.