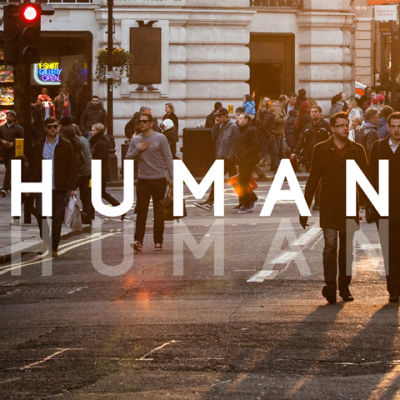 Atlantic connection had a new album out, “Human” in the month of January This happens to be the first album that I have heard by Atlantic Connection, and after listening to it, I am glad I got to know an artist like him.

The album’s first track is called “Introduction (Chapter One)” and basically, its an introductory track to the album. It perfectly sets the tone of what to expect as a listener continues to listen to the entire album.

“Go” starts off with an interesting start with a cool pulsating synth and a funky bassline. The song has a really cool hip hop vibe to it. Its one of those songs you just want to groove to. And those finger clicks with a huge spacey reverb add a fine classy touch to it.

“Ina Dem” is a jungle track, clear from the way the snares have been put, and all through the track, it is very easy to notice how good a producer Atlantic Connection is.

“1992” starts off with a lovely female vocal phasing between the headphones. It then moves over to a funky/chill vibe with a chiller synth and some sampled vocals. Overall, it has a little more of a chill vibe.

“Shatter” is an electronica track. It’s got some slick trap like snares going on throughout the chorus. The vocals have been cleverly pitched to sound like both a girl and a guy, which is a rather interesting thing to hear. The song also has a very trap feel to it.

“Geppetto” featuring Tunde is a cool drum n bass track with a big booming passing ripping throughout the song.

“Understand The Youth” is the next drum n bass track, bringing in the bass hard with a dark feel to the track accompanied with a pre drop 8 bit sound. Everything about this song personifies perfection. Special shout-out for that build-up though, it had me really grooving to the track.

“Without You” is a song featuring Rose Hart. The vocals have a very powerful feel to it, and overall the song has a chill electronic vibe.

“Interlude (Chapter Two)” actually works as an interlude, as it slowly progresses making the listener ready for the next song. Hard hit chords give the track a very cool feel.

“Speakeasy” is again a drum n bass song, with short chopped vocals and a hard snare hit, over which a cool bassline booms.

“Foundations” is a drum n bass track but also has an ambient feel to it. Repeating soft and hard synths all through the track gives the song a very uplifting feel.

“360” featuring Jarell Perry on vocals is a surprise RnB song in this album. It’s a very smooth track with a funky/chill vibe to it. Jarell Perry’s voice proves to be perfect for an RnB track. His voice modulations will keep the listener engaged throughout the whole song.

“Neon Sunset” is a super chill track. Listening to it will definitely help the listener to calm down and relax. The keys, guitar, snare, drums and the reverb on them is perfectly made for a chilled sensation and it really works!

“Siren Songs” is a dark kinda drum n bass track but its got an ambient feel to it too. The female vocals definitely remind a listener of a siren’s lucrative and deadly call.

“Gratitude” is the final song of the album, featuring vocalist Tali. The vocals feel as if they belong to a pop song and that coupled with a breaks beat makes for a very interesting combination.

Overall, “Human” by Atlantic Connection is a very interesting album for any listener, with multiple genres. Through it, Atlantic Connection once again shows his production awesomeness. In case you still haven’t, you can check out the “Human” LP below.

Also, you can grab your copy of the album here.