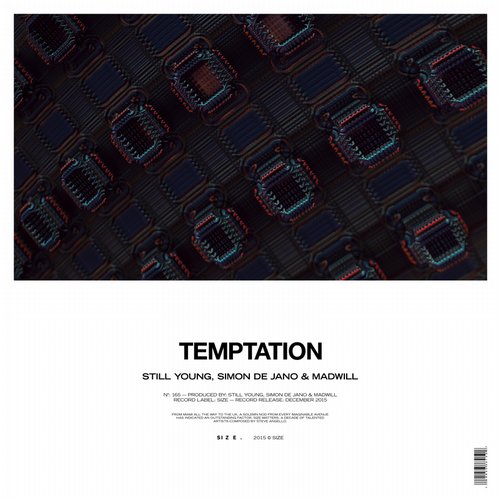 Steve Angello’s hugely respected Size Records imprint’s latest release comes in the form of a killer collaboration – ‘Temptation’ is the work of elusive yet hugely popular duo Still Young alongside Italian producers Simon de Jano and Madwill. First played by Steve Angello in his headline sets throughout the summer at major worldwide festivals, this hotly anticipated track is set to be released on 11th December.

Utilising an instantly recognisable sample from Love Sensation by Loleatta Hollaway, dramatic accelerating drums and a driving bassline make for an attention-grabbing intro to the track. Warm piano chords combined with the vocals in the breakdown add some depth and soul to the track, combining with drums, bass and a catchy synth melody for a climactic ending!

EDM News Akshay Bhanawat - July 14, 2020
0
As you may know, earlier this spring, the Serbian Prime Minister had asked EXIT not to cancel the festival but rather postpone it to...

EDM News Akshay Bhanawat - July 14, 2020
0
Global pop superstar Katy Perry will perform a spectacular and unprecedented show at Tomorrowland Around the World, the digital festival. One of the best-selling...

Music Akshay Bhanawat - July 13, 2020
0
Founder of Lucid Project Conor McMullen is a big advocate of sharing positivity through his initiative, and to further strengthen the message, puts together...

Tiesto To Perform For The First Time Ever As VER:WEST At Tomorrowland’s Digital Festival

EDM News Akshay Bhanawat - July 13, 2020
0
Tijs Verwest, better known as Tiësto, will perform for the first time ever as VER:WEST at Tomorrowland Around the World. Unveiling his new melodic...
ABOUT US
What started as an interest, slowly turned into a passion, and before we knew it, we had curated and founded a thriving community of avid electronic dance music lovers.
FOLLOW US
© Copyright 2020 - T.H.E Music Essentials