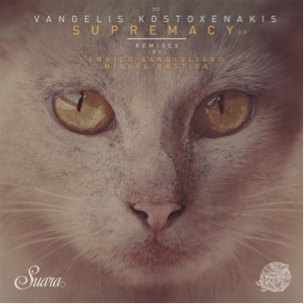 Up and coming Spanish DJ/producer Miguel Bastida steps up for remix duties for Vangelis Kostoxenakis’ latest release, ‘Supremacy’ out via Suara.

Presenting a clear cutting rework of the original, Miguel taps into darker techier textures of the record. Driven by a strong bassline and experimenting with a plethora of electronic elements, Bastida paves the way for underground masters.

Born in Alhama de Granada, Miguel Bastida is one of the most promising Spanish producers. His tracks on Sci+Tec, Bedrock, Trapez and Deeperfect, speak for themselves. In 2011, he opened his own label, Be On Records which is supported by Beatport store. Miguel’s catchy, eclectic beats have scored him an international touring schedule as well as appearing on line-ups on the likes of Creamfields, Cielo and Electrobeach in his native Spain.

EDM News Akshay Bhanawat - February 25, 2020
0
Following the sell-out success of his ‘This Is Me’ shows at the Ziggo Dome this spring, Dutch superstar Armin van Buuren has now announced...

EDM News Melody Siganporia - February 25, 2020
0
Billie Eilish was picked for the next 007 theme song and released “No Time To Die” just weeks ago. With the release of this track...

Music Akshay Bhanawat - February 24, 2020
0
Teaming up for their debut single with British singer-songwriter JO3L, Italian trio Lazy Guys release brand new track ‘How To Fly’ via Insanity /...
ABOUT US
What started as an interest, slowly turned into a passion, and before we knew it, we had curated and founded a thriving community of avid electronic dance music lovers.
FOLLOW US
© Copyright 2020 - T.H.E Music Essentials