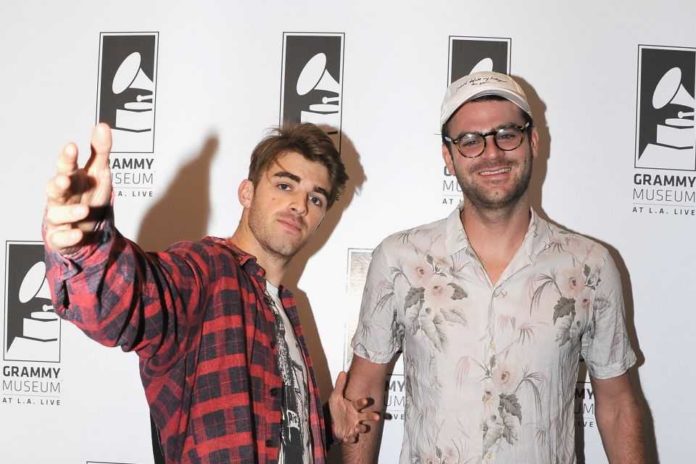 After having a massive 2016, American DJ duo, The Chainsmokers just bagged the Best Dance Recording Grammy for their single with Daya – “Don’t Let Me Down.”

The duo, comprising of Alex Pall & Drew Taggary got the better of Bob Moses’ “Tearing Me Up”, Flume’s “Never Be Like You” (featuring Kai), Riton’s “Rinse & Repeat” (featuring Kah-Lo) & Sofi Tukker’s “Drinkee” in the category for their first-ever Grammy.

So proud of The Chainsmokers for winning their first Grammy award. Favorite group for a reason ?

Congratulations The Chainsmokers! Fuck the haters. They deserved to win it. #Grammys

How did the chainsmokers win a Grammy #GRAMMYs pic.twitter.com/kjQ2eOj7H6

#NotMyPopVocalAlbumWinner me realizing the chainsmokers have won a grammy before ariana, katy, sia, and lana pic.twitter.com/yLTfEnKDan

Don’t forget to share your thoughts with us too. :)