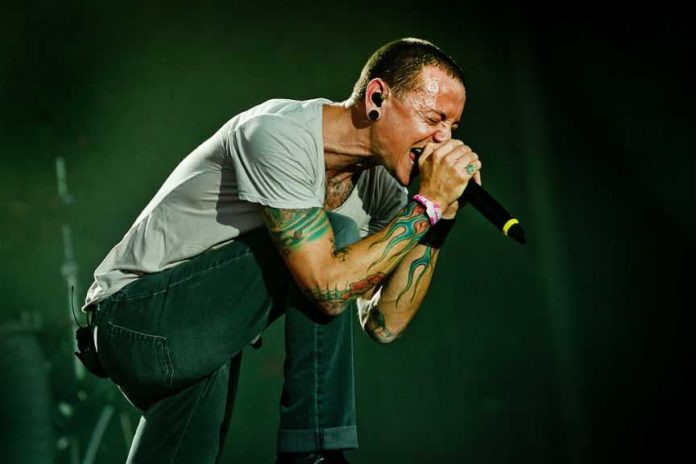 Linkin Park lead singer, Chester Bennington was found dead at his home in LA. The 41-year-old is reported to have hanged himself on July 20. Mike Shindoda even tweeted, “shocked and heart broken”, but it’s true. An official statement will come out as soon as we have one.”

Shocked and heartbroken, but it's true. An official statement will come out as soon as we have one.

Chester struggled with drug and alcohol addictions at multiple stages during his lifetime. He was also molested by an older man, when he was a kid. He was quite open about the above troubles that he had.

Linkin Park first gained popularity with their debut album ‘Hybrid Theory’, which was released in 2000. Ever since then the band has been experimenting with different genres and their most recent album ‘One More Light’ reached #1 spot on Billboard Top 200.

This is a really sad day in the music industry as we have lost the voice behind tracks like ‘In The End’, ‘Somehwere I Belong’, ‘Numb’, ‘What I’ve Done’ and many more. Chester will always be remembered for his distinct voice.

The music fans must be mourning the loss of this legend and will most likely be listening to their tracks on repeat. We’ve picked 5 best EDM remixes of Linkin Park tracks as a tribute to Chester. Listen to them below:

Music Hannah Helbert - September 28, 2020 0
Koven has broken ground on multiple levels; the vocalist and producer duo have brought together two impeccable talents, as well as their creative engineering,...

EDM News Akshay Bhanawat - September 28, 2020 0
After the phenomenal release of their eagerly anticipated, brand new double A-side ‘Nothing For Free’/ ‘Driver’ last week, Pendulum, one of the most iconic...

Music Akshay Bhanawat - September 28, 2020 0
That the eighth album from Markus Schulz is arriving in extraordinary times scarcely needs saying. Some already have - many more will. It’s the...

Editorials Akshay Bhanawat - September 28, 2020 0
Psychologists constantly repeat that a person should adhere to the schedule and strict regime to increase their work efficiency. It is important to create...

EDM News Melody Siganporia - September 28, 2020 0
Earlier this week, Tiësto performed one of many intimate socially distanced events being held at the scenic Red Rocks Amphitheater. With a stacked supporting...
ABOUT US
What started as an interest, slowly turned into a passion, and before we knew it, we had curated and founded a thriving community of avid electronic dance music lovers.
FOLLOW US
© Copyright 2020 - T.H.E Music Essentials