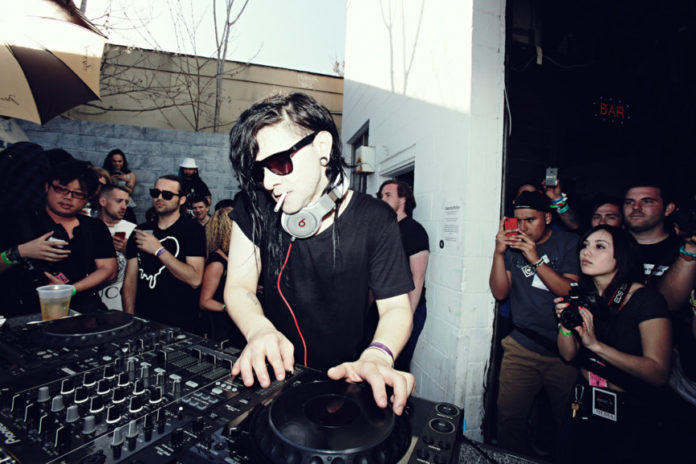 Yesterday we began our 4 part Skrillex Special to celebrate his India tour. In Part 1 we described how Skrillex’s career evolved from newcomer in 2010 to mega super star at present. This week in Part 2 we showcase the 10 best original Skrillex productions. Get ready to feel the nostalgia as we wind the clock back through the years.

Kicking off our selection is of course the iconic “Scary Monsters and Nice Sprites” (SM & NS) from the EP of the same name. Released in 2010 on Mau5trap. We all know that this is the track that we best know Skrillex for, the song that started it all. SOMEBODY CALL 911!!!!!!!!!

“I want to kill everybody in the world…..” I’m pretty sure you’ve guessed this one, it is “Kill Everybody”. Also from SM & NS EP. “Aggressive” emo vocal sample with a killer drop, who can forget it.

Next up yet another pick from SM & NS ep is “Rock N’ Roll”. This tune featured on the video game – Just Dance 4.

Next pick is “First Of The Year (Equinox)” taken from “More Monsters and Sprites” EP, released on June 7th 2011. Remember that epic music video?

Onto “Breakn’ A Sweat” which features American rock band – The Doors. Now who would have thought of that collaboration? But it worked out well. It is showcased on the Bangarang EP released on December 23rd on OWSLA. This track was written for the 2012 documentary film – Re:generation.

The title track of the Bangarang EP is our next pick. It features the vocals of rapper Sirah. Skrillex won the award for Best Dance Recording for “Bangarang” at the 55th Grammy Awards.

One more pick from the Bangarang EP is “Summit” featuring the delicate vocals of Ellie Goulding. A bit more chilled out but just as awesome.

The 8th pick we have chosen is “Make It Bun Dem” featuring Damian Marley. Released February 28th 2012. The track featured on the video game Far Cry 3.

Second last is “Ragga Bomb”, taken off from Skrillex’s debut album, Recess. It features duo, Ragga twins. Reggae elements mashed together with filthy basslines and jungle to create a smasher.

To end of our list of the best (in our opinion) of Skrillex songs is the title track of “Recess”. Released on March 14th 2014, co-produced by Kill The Noise, featuring Fatman Scoop and Michael Angelakos of Passion Pit. Stellar work from a stellar artist. There is only more to come from Skrillex.