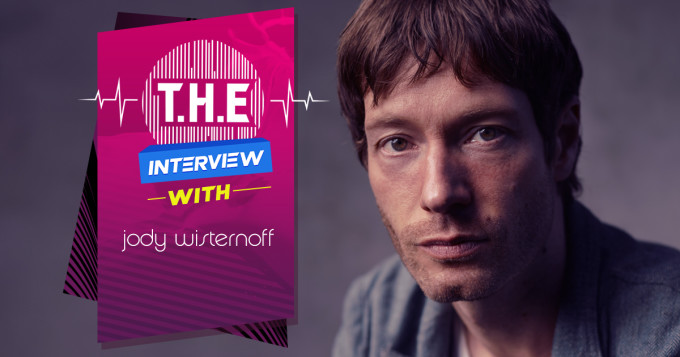 Be it topping the general Beatport and iTunes charts, to remixing Above & Beyond, Robert Babicz and more; to touring the UK alongside 808 State legend Graham Massey; to maintaning a monthly show ‘Intensified ’ on Frisky radio, now in it’s eighth(!) year; to taking on an A&R development role for Anjunadeep signing acts such as Lane8 and Lancelot, Jody Wisternoff has had quite a lot of success in his impressive career.

The latest accomplishment for Jody saw him mix the double disc compilation, Anjunadeep 07 along with James Grant which featured new exclusives from 16 Bit Lolitas, Martin Roth, Croquet Club and Way Out West, along with fresh tracks from Dusky, Lane 8, Global Communication and more. This is also the third time that the duo have mixed an Anjunadeep compilation. We got a chance to speak to Jody about mixing this particular compilation and about the Anjunadeep label in general. Have a read. :)

T.H.E – Hey Jody! Thanks for this interview. We are really stoked to share that Anjunadeep 07 is a magical compilation. What do you have to say about it considering that it’s the third one you along with James Grant have mixed together?

Jody – Thanks very much for your kind words . We are extremely proud of this com , it really was a labour of love and I can honestly stand behind all the music with conviction. We have found some great new artists this time round too, its been a really exciting and rewarding process.

T.H.E – How have your fans reacted to it?

Jody – Amazingly well, especially in the states where the sales have been incredible. I’ve been touring a lot over there this year, and the Anjunadeep association is really helping pack out the clubs. The london parties have also been super busy and I feel we are getting a lot of support in the UK too.

T.H.E – One of the artists who has created a massive impact at Anjunadeep is Yotto. What do you have to say about him?

Jody – Yea I really like the material he has presented to the label so far. Slowly and Wondering are two of the big moments on the comp and I feel he is an artist who shows a lot of promise. Looking forward to hanging out when he comes over for the Adeep party this month.

T.H.E – The essence of the Anjunadeep compilations is the deep vibe, which you have perfectly rendered. How do you go about and decide the tracklist for a compilation like this?

Jody – Thanks! Yea its a long drawn out process which pretty much takes a year. Not only do we need to source the material (and all agree the tracks are strong enough), we also need to insure they fit together and tell some kind of story. Too many tracks in the same key will not work, for instance, plus we like to get heavily involved in the A&R process which quite often means working closely with the producers or even reworking the tracks themselves . Also, sometimes there are problems signing tracks we really love ..There were over 200 contenders for this comp lol.

T.H.E – What are your views on the deep house scene right now? Is it heading in the right direction?

Jody – To be honest I don’t really think about these things, I prefer to just write the best music I possibly can and play what I think is hot. As for it being a new scene, deep house has been around forever and a lot of the stuff that is considered deep right now would have been thought of as raging peak-time back in the day! Saying this, yea I do think the scene is super healthy at the mo and many producers are at the top of their game. As I said, certain territories like the States are really embracing this new wave of so called deep-house which is great :)

T.H.E – Anjunadeep has always been considered to be one of the biggest labels in terms of quality releases as well as artistic purity. Would you like to share your views in terms of how the label has always strived to move the scene forward in terms of creativity?

Jody – I think its to do with quality control and only releasing stuff which we feel has emotional integrity, and a shelf life . We encourage /develop and work closely with artists, whereas a lot of labels these days don’t seem to get quite as involved. They either sign a track , or they pass , if you know what I mean..

Your top 5 venues you have played at.

T.H.E – Your top 5 essential tunes of the moment

T.H.E – If you had to name 5 essential things which you would want to carry for a camping/adventure trip, which ones would they be?

You can purchase the compilation right here.