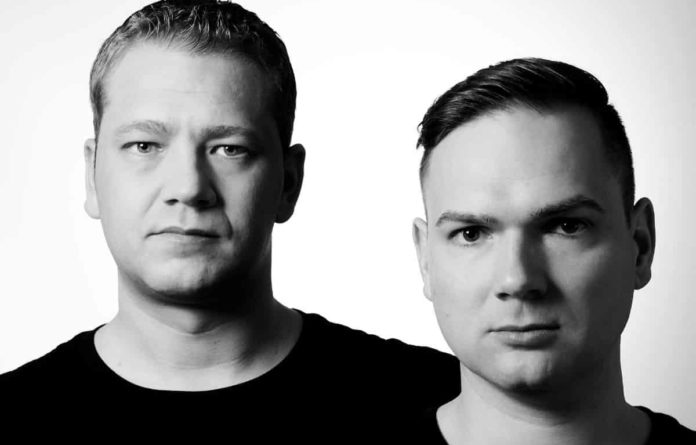 ‘Alright’ was the latest release from German DJ and Producer duo Calmani &amp Grey which featured the talents of SKICE and gripped global attention with its stunning top-line and complex instrumental.

Their discography is a culmination of genres and influences which has seen them gain the support of some of the industry’s leading artists. We caught up with Calmai &amp Grey to discuss more about the release of ‘Alright’.

T.H.E – Tell us about the inspiration behind ‘Alright’?

Calmani & Grey – We live in hard times right now. That’s why we thought of producing a song with the message that, no matter how hard it is or gets, everything will be alright if you only try. Together with our unique club sound, we think this transports the message quite well.

T.H.E – What goals did you set for the track in the initial stages?

Calmani & Grey – We really hoped that we could come to the point, that we can convey the message in a tone that makes you enjoy the track but also understand the message. We also wanted the track not to sound too happy. That’s why we looked for sounds that underline our intention.

T.H.E – How did you end up working with SKICE?

Calmani & Grey – We run our own label “Golden Chocolate” and are always looking for great new talents. SKICE is an outstanding upcoming producer and we really thought that we want to work on a track together. He came up with the idea and we loved it so much that we thought – let’s work on that together.

T.H.E – The vocals are such a standout in ‘Alright’, who took on that role?

Calmani & Grey – For “Alright” we needed a voice that fitted the statement and the mood. It took a while to find such a voice but, in the end, we found a great guy who did it perfectly. He doesn’t want to me mentioned but we really thank him for singing on this track!

T.H.E – What is your favourite part of the track?

Calmani & Grey – We love how the instrumental and thus the mood get a little softer after the first drop but actually this is the strongest part of the message. Here the vocals really go stronger and express the emotional struggle the person is in and how hard the life is. Nevertheless, it is important to try and not to give up.

T.H.E – Who would you love to see supporting ‘Alright’?

Calmani & Grey – We are really happy that big names like Tiesto, Hardwell, Don Diablo, Dimitri Vegas &amp Like Mike and many more have supported us with our previous releases and of course we would love it if one or the other supported us with this release too.

T.H.E – How would you say ‘Alright’ differs from some of your previous releases?

Calmani & Grey – With our previous releases we focused on relationship issues lyrically and we didn’t go that deep into the inner self or dealing with personal emotions. We also haven’t supported such kind of message with those sounds before.

T.H.E – Was there a point in the creation process where you thought ‘this is going to be good’?

Calmani & Grey – Whilst we were working in the studio together, we literally got goosebumps after we heard the vocals together with the instrumental for the first time. It just went together so well. This was the moment when we all were sure, that this was it!

T.H.E – What was it like releasing with Golden Chocolate?

Calmani & Grey – It is always a great feeling when we release our own productions on our own label. We started off with Golden Chocolate earlier this year and we are so excited to see how much support we get. Hopefully, this goes on like this – we are working hard to establish Golden Chocolate Records internationally so that our label, as well as Calmani &amp Grey, will grow and go on to get a tonne of attention.

T.H.E – Finally, where can the people go to grab a copy of ‘Alright’?

Calmani & Grey – “Alright” can be streamed on every major streaming platform. Of course, it can be bought everywhere as well too – be it Beatport or Amazon. You can also watch the video on YouTube!