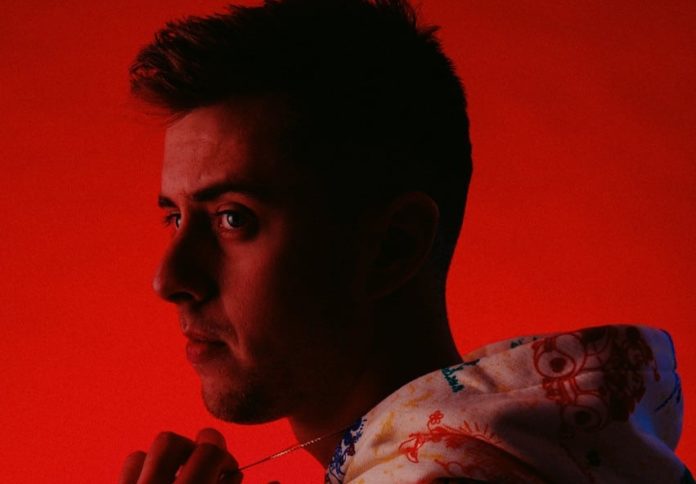 We caught up with Franklin on how the track came about, and how was it like working with two established industry stalwarts.

T.H.E – Hey Franklin! Welcome to T.H.E – Music Essentials. How would you summarise 2020 given whatever’s happened this year with COVID?

Franklin – Hey, thanks for having me! Well probably like everyone else it’s been one to move on from ASAP but there has been some good things to come from it. Getting to spend the time I never would have had with the family prior to Covid has been great and, of course, releasing a new single with Cedric Gervais and the legend that is Nile Rodgers has been a genuine dream come true…

T.H.E – Love your new track – Everybody Dance with Nile Rodgers and Cedric Gervais. It’s huge collaborating with artists of such stature. What was the pressure like?

Franklin – Thanks a lot!! Haha, sometimes it’s a little daunting I have to admit. But Nile & Cedric have both been super chilled and easy-going which has almost at times made it seem a breeze despite being amongst the heavyweights!

T.H.E – What did you learn the most, while working with such stalwarts, and how important do you think it is for upcoming producers to work with established artists once in a while?

Franklin – Working with established artists of THAT calibre is always only ever gonna improve upcoming artists/producers like me, just simply by being around them. I think the main points I took away from working with Nile and Cedric was staying true to what you originally believed in and as clichè, as it sounds, trust your gut instinct!

T.H.E – It’s a rework of CHIC 1978’s single. How did that come about? Any anecdote on how and why you guys decided to rework this particular single?

Franklin – The original Everybody Dance is such a classic, feel-good, dance floor anthem and throughout 2020, we’ve all needed that kind of positivity and energy. For that reason alone it just made sense to us. Just by total chance, I and Cedric both already had different, yet surprisingly similar versions of Everybody Dance and some friends in the industry-linked us up together where we then figured it made sense to finish up a version together as we were both already naturally on the same page with it. We were then lucky enough to send our final version over to Nile, hoping to get his blessings on the record and that being enough for us. But he actually came back straight away saying he genuinely loved it and wanted to re-record new guitar parts to it as well as just be a part of the record with us.

T.H.E – Would you say this has been the absolute highlight for you in 2020? Which other moments are you particularly proud of?

Franklin – To be honest, I would say this has been the highlight of my career in music by a long long way. Probably the proudest I’ve been of myself my entire life actually haha. Other than that, I’m just really happy and thankful I get to make/perform music for a living. Long may it continue…

T.H.E – How long was the track in the works?

Franklin – Throughout almost all of 2020! Was actually an amazing escape from what was going on in the world now that I think about it..

Franklin – Honestly I’m just hoping and praying we can get some kind of normality back, especially regarding gigs/concerts/festivals. I’m desperate for it now!!! Other than that, just continuing to do what I love and putting more and more music out throughout the year!