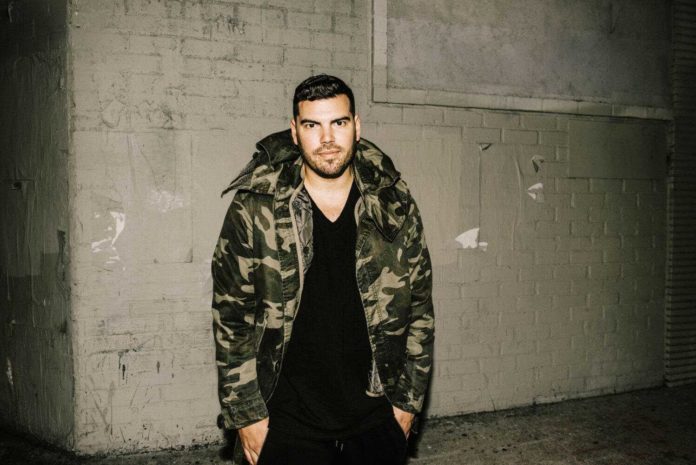 MOTi, an enigmatic DJ/producer hailing from Amsterdam, has wasted no time in ascending the peak of the current electronic dance music paradigm.

MOTi’s stylistic versatility and savvy for donning divergent genres also found him shape shifting at times to explore new sounds, including trying his hand at a booming trap-inspired remix for the Stafford Brothers and Lil’ Wayne on Cash Money. That remix occupied the #1 spot on Beatport’s Hip Hop chart for more than two months in validation of the artist’s freewheeling production approach.

The plethora of success from MOTi has no end in sight, in addition to a series of new singles on notable labels such as Spinnin, Musical Freedom, and Virgin UK, he is gearing up for several high-profile collaborations destined for notoriety. As he blazes his way to the top of the electronic-music-sphere, it is quite certain that MOTi has become an unstoppable force.

We caught up with him at ULTRA Singapore and discussed the impact Tiesto has had on his career, plus his thoughts on how the dance music scene has evolved ever since he became a part of it.

Akshay – You have been constantly supported by Tiesto ever since you came on the scene. Describe your relationship with him?

MOTi – Well a few years ago he really wanted to sign me, so we became friends and we did a lot of shows together. Since that moment he still helps me with releasing my music and guides me in the right direction.

Akshay – Is he your go-to person when you are stuck and need advice on anything?

MOTi – He is definitely one of the persons I go to, since he’s a very experienced DJ. He knows exactly what he is doing and can help me out in many ways.

Akshay – Are there any other inspirations apart from Tiesto who have influenced you throughout your career?

MOTi – I think a lot of people have influenced me in different genres. Every single person I have worked with has inspired me in several ways. I think a lot of DJ’s learn each other’s tricks and help each other out where they can. Therefore I’m very thankful for all of these collaborations.

Akshay: You have been involved in the industry for quite some time, how do you feel about the scene currently?

MOTi – I think the good thing is that it’s huge right now, the scene really has seen a massive growth over the years. The bad thing is that music has the same sound for quite a while now, so people have to choose a different direction in producing. So the growth of the scene has caused people to be different and experiment with new genres. So I think that’s great for the industry.

Akshay – For the upcoming producers to succeed, they start thinking that they have to use a formula which has been trending throughout the year. So what would be your advice for them?

MOTi – How about don’t use the formula.. hahaha! Don’t do it! This is why EDM got so boring at some point, because everyone was doing the same thing. If you want to stand you have to be unique and different than the rest. That’s why Kygo is huge right now. Major Lazer did the exact same thing and Jack Ü did the exact same thing. They changed it up a little bit. If you just follow the formula, you might get some publicity and you might get recognized. But in the end you need to be different to stay relevant.

Akshay – Kygo made something which is different and it is usually successful, so did Major Lazer and Jack U. these days producers start thinking that “I don’t want to make bigroom, I want to make something like Kygo or Jack U.” So again while they are making something different, it’s following a pattern which is always successful.

MOTi – Yeah that’s a thing. Then you are already thinking inside of the box, but the box should be different. You need to create your own sound to start a movement and there is no recipe to be huge.

Akshay – Looking back at 2016, you had a phenomenal year so far. What would be your highlights?

MOTi – I think the most important thing of 2016 has been me just focusing on which direction I want to go. I started touring last year and by the end of the year I was doing some big shows. I’m already familiar with touring now and I’m ready to focus on different things. I have more time to set goals and I’m ready to take on 2017.

Akshay – What can we expect from you next year?

Akshay – It will have different styles?

MOTi – Yes of course and the main focus will be on EDM or Big Room, but I want to explore a little bit more. I have been experimenting with music a lot, but never really released it.

Akshay – Anyone you want to particularly collab with?

MOTi – I’m currently working on new songs but I’m not sure who I would like to collaborate with in the future. I already collaborated with Martin Garrix, Major Lazer and Tiësto in the past so it’s hard to do better!

Akshay – Any vocalist in particular?

MOTi – Yeah I would really love to work with Santigold, she’s got an amazing voice!

Akshay – Regarding your set at Ultra Singapore, are there any exclusives for which we should keep an eye on?

MOTi – Yes, I am gonna play my new release on Hexagon… a new track with Kenneth G and Olly James and a few other cool tracks!