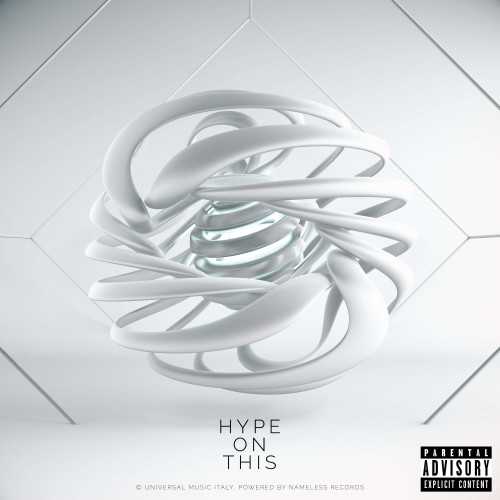 The next upcoming release on Nameless Records, is an album called ‘Hype on This’ which would be out October 14. The album features young electronic music producers from Italy like Marble, Tommy Scala, Jeysiel, SLVR and plenty more. We caught up with a few and spoke to them about this album! Read on to know what they had to say!

T.H.E – Hey Marble, nice to meet you – you have 3 tracks coming out on the Hype On This album, how did you meet the Nameless Records crew?

Marble – Hi! It’s a pleasure to meet you. It was about 5 months ago when I decided to get involved with the ‘Nameless Music Festival’ contest, which gave me this amazing opportunity to play on the Main Stage. After I had played, some of the staff working there asked me if I had some of my own music for them to listen to… And that’s how it all started!

T.H.E – Tell us about the collaborations, how was it working with HateMySurname and Nor For Us?

Marble – It was really inspiring – they create such beautiful sounds and styles. It was also just so fun. Both collaborations were made in just a week’s worth of work. We have a similar approach to production, very instinctive and without having to follow any kind of genre rule. Probably one of the easiest statements for me to make; I would work another 1000 times with them if I could! (So maybe in the future you will listen to something new from us… Just saying…)

T.H.E – Have you got any gigs coming up that we should know about? What is your released plan like after the album?

Marble – Yeah! The new “Smog” (the party where I’m resident DJ) season is starting very soon. I also have some new dates and plans for releases I can’t tell you anything about just yet, but stay tuned and you’ll see!

T.H.E – Tommy Scala, when did you decide to sign with Nameless, what do you think makes Nameless stand out as a Record Label in Italy?

Tommy Scala – I decided to sign with Nameless when I had the opportunity to collaborate on a remix with my good friends Reebs. They helped me get into this big family and now I’m part of a talented roster. Signing with a team of young music industry professionals gives you the opportunity to grow and improve together on a daily basis. Nameless is a family more than a company; there are no other entities in our area that could provide the contacts and opportunities. All of this comes from their approach of creating and expanding a network of friends first, and business contacts later.

T.H.E – What has been your biggest musical achievement yet?

Tommy Scala – In my short career as a producer, I have already had the pleasure of releasing with labels such as Deorro’s ‘Panda Funk’ and now Universal Music Italy. For me as an artist, I always strive to reach bigger goals, but I must say that signing a track with such a major label like Universal has always been a dream of mine. I believe that in an artist’s career there is no final achievement, the goal is to never stop learning, and inspire young producers to create the future sounds of our industry.

T.H.E – Jeysiel, you’re from Brescia in Italy – how did you get into dance music?

Jeysiel – When I was 10 I used to listen to the radio a lot, and I knew the names to all the hits. When I was about 14 years old, I started to visit every pub in the city and spend my time learning from the DJ’s, and from that moment on, I decided that would be my work.

T.H.E – We read that you played in local clubs, what was your first gig like? And where would you most like to play in the world?

Jeysiel – The first time I ever played in front of someone was in a pub, and there were about 30 people. It felt like I was playing in a stadium, because I was extremely nervous and excited. One day, I would love to play at Miami’s Ultra Music festival. The atmosphere is unbelievable and the city embraces every stage.

T.H.E – You are new on our radar so tell us a little about your track Marahute, how did you get it signed to Nameless records?

Jeysiel – I posted a video in a closed group called “This is EDM crew”, there are more than 6000 members and they’re all aspiring producers, just like me. In the video, I was in the studio whilst finishing Marahute, to which I received a lot of positive feedback. The next day, an A&R scout from Universal / Nameless Records contacted me. I was very lucky! I am so thankful to the ones that gave me this opportunity, and I promise I will take advantage of it!

T.H.E – SLVR, we read in your bio that you are influenced by Bass Music and UK Garage sounds, what was the song that got you into dance music?

SLVR – It’s hard to pinpoint one single track that got me into dance music! But if I only had once choice it would be ‘Jack’ by Breach.

T.H.E – What was playing with Skrillex like? Tell us about your DJing style.

SLVR – Sonny is my biggest inspiration, playing with him in Gallipoli was amazing. My DJing style and performances vary because I love mixing different sounds, which can trigger different feelings.

T.H.E – Anything else you would like to tell fans over here?

SLVR – I’m working every day in my little studio, so I hope to share some new music very soon!