Lucas & Steve effortlessly and instinctively capture melodies that are emotive and striking, and their recent single ‘Another Life’ is no exception.

Epic building piano chords married with soft guitar riffs result in an enchanting release that illustrates the heart-wrenching highs and lows of love. Songwriter and Vocalist Alida — known for her single ‘In Your Eyes’ with Robin Schulz — demands attention with vocals that are haunting, powerful, and as light as air.

‘Another Life’ is productionally excellent and presents a collaboration of artists who are putting their stamp on the world of dance music.

The single also happens to be a part of the duo’s debut album which drops next month, and we were super excited to speak to them about it.

T.H.E – Hey guys! Welcome to T.H.E – Music Essentials. How’s it going for you with the lockdown and everything?

Lucas & Steve – Hey! Good to be here, we’re doing great. Everybody’s lives have changed drastically of course, also ours. We miss our fans and our shows a lot, but the situation has brought us even closer to making music, which feels good. Don’t get us wrong, we cannot wait to get back on tour, but we’ve never been so productive making music!

T.H.E – Super hyped up for your debut album release – Letters To Remember, next month. How did it come about, and why did you feel now is the best time to release your album, a debut one, nonetheless?

Lucas & Steve – The album is something we’ve been working on for a long time already. Everything you’ll hear is the sound that we’ve developed over the years. We already had the album scheduled before the COVID-Crisis. Marketing wise it may or may not be the best time to release an album, nobody knows, we don’t really care. But we felt that with all the stuff going on in the world, some extra music will never hurt anybody. So, let’s f*cking do it!

T.H.E – Which artists or sounds inspired the album?

Lucas & Steve – We’re always getting inspired by different things. Life in general, stuff happening, all the different types of music you can imagine. We produced a blend between dance and pop music for this album. All tracks are full pop songs, but of course, you’ll hear our signature sound in it.

T.H.E – What is the message behind its name?

Lucas & Steve – We’re inspired by our world travels, an amalgamation of cultures, and international rising talents. During writing camps in Los Angeles, London, Sweden, and Amsterdam, ‘Letters To Remember’ took shape. While global tours across America, Asia, and South America, translated into the creative sound produced in the studio in the Netherlands. Together with great artists and young musicians from different parts of the world, we wrote, produced, and recorded all the songs are selves.

T.H.E – When did you start working on this one? How has the lockdown changed the way you approach your production process?

Lucas & Steve – We created one or two tracks for this album some years ago, but most music was created between now and a year ago. The lockdown situation enabled us to get better at playing piano and Lucas started playing the guitar about a year ago which really improved due to more time to practice. Also, we’ve found more time to record these instruments in different ways that will give them a unique sound. Steve on the other hand had the time to mix the recordings in as many different ways as you can imagine. All these extra milestones are something we wanna show to the world in this album.

Lucas & Steve – We’ve been so busy creating the album that we cannot wait for it to be released. It feels a little bit like our child since we’ve been working on it and perfecting it for months (maybe even years, since it’s the first album we’re dropping). We’re also working on a lot of stuff around the album, but Letters To Remember will definitely be the main thing for us for the upcoming period. In the future obviously, we hope to be on the road soon, but there are also some collaborations coming up for which we’re really excited. ‘Another life’ with Alida is definitely a collab we’re hyped about, but you might find some more on the album;-) 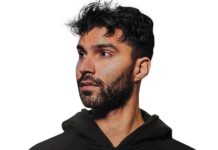 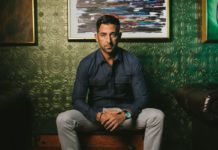 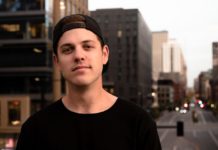 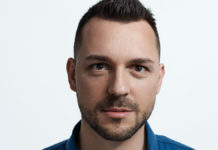 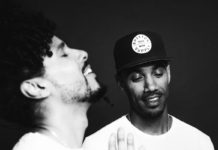