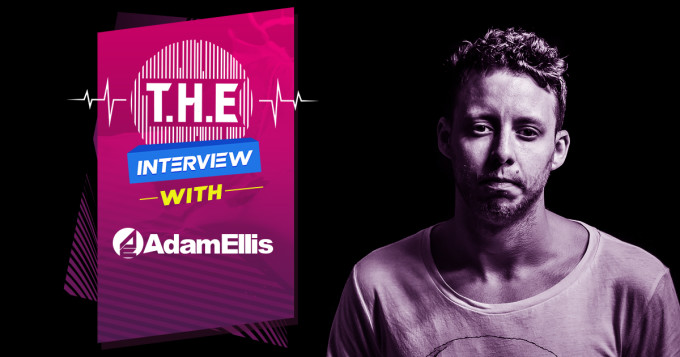 Adam Ellis is a name which has became synonymous with the global Trance fraternity in recent times, born and bred in Sheffield – Trance music’s spiritual home thanks to the original ‘Superclub’ – Gatecrasher One. It comes as no surprise that his early music influences came from artists like Armin Van Buuren, Paul Van Dyk & Eddie Haliwell.

Finding a real passion for music, Adam dedicated many years to music production and made his first major impact with a remix of the seminal Planet Perfecto – ‘Bullet In The Gun’. Adam reworked the classic hit into a modern peak time floorfiller, which reaped huge support by the man himself – Paul Oakenfold as well as being an exclusive* addition to ‘Perfecto Records Collected – Volume Three’. Adam is also well known for his remixes of Paul Van Dyk’s ‘Crush’ and *Seven Lions’ ‘Days To Come’, tracks which further showcase this instantly recognisable *signature sound.

We had the chance to speak to the guy about his upcoming ‘Critical State Australian tour 2015’ and various other topics. Read on to know what he had to say! :)

T.H.E – Firstly thank you so much for this opportunity; it’s always a pleasure to get to know more about talented artists such as yourself.

Adam Ellis – Hi. Thanks for having me guys. The pleasure is all mine. :)

T.H.E – We recently came across the news that you will a part of the Critical State Australian tour 2015 along with Liam Wilson and Talla 2XLC. This will also be your debut in Australia. What was your reaction when you came to know this? What are you looking forward to the most? With regards to your set, what can fans expect from it?

Adam Ellis – Well this has been in the works for over a year now. I was originally meant to play in April this year and then early summer. I am just happy to get over to Australia and to play for those guys. I have seen countless videos of the Aussie crowd and they seem to be a great bunch. I’m looking forward to visiting a new country and to meet like minded Trance fans. As I say, the videos I have seen look mental. Some places are known for having a better crowd than others, and Australia is one of those that look wild. As for what they can expect, the usual fast paced energetic music I am known for.

T.H.E – Aside from the places you have already played at, are there any other countries which you are keen to play in?

Adam Ellis – Absolutely. To be fully honest I would love to play anywhere that has a good crowd and that appreciates the music. I’m lucky enough to travel to new places all the time so I just appreciate anywhere I go. One place that does stand out is Brazil. It looks astonishingly good there.

T.H.E – What has been your proudest career moment so far?

Adam Ellis – There have been so many its hard to say tbh. I think maybe playing for Cream in my favourite club in the world ‘ Amnesia’. That was mind blowing. I have been going to that club since I was 20 (8 years) and to play that main room (opening and closing sets) was probably the best experience of my life.

T.H.E – Do you have any pre-show rituals that you do?

Adam Ellis – Sorry to bore but nothing haha. I do always get nervous until that first mix though. I think its natural for some people.

T.H.E – I’m sure every show leaves a lasting impression. Is there any one memory that stands out above the rest?

Adam Ellis – My shows in Argentina are always stand out. They really are the most passionate guys to play too. I love playing in America too. They know how to party.

T.H.E – Dedicated and loyal fans are the pinnacle to a great show. What’s the craziest thing a fan has ever done during one of your shows?

Adam Ellis – Hmmm good question. A few funny things have happened but one that stands out recently is where someone kept throwing a Wilson ball at me at Luminosity this year. You know the ball from the film Cast Away with Tom Hanks. In the end I caught it and threw it to the back of the crowd. I don’t think he was too happy lol

T.H.E – The music world is rather dynamic, it all depends on the listener and what artists are most comfortable with. With the trance scene, it’s changed substantially over the past few years, where do you do see it in the next 5 years?

Adam Ellis – I honestly have no clue. I do hope that mainstream music gets better though. At the minute its absolutely crap. EDM sucks and it has no soul or heart, yet its really popular. Its not memorable at all. I just hope it at least leads young kids onto a more serious genre. As far as Trance goes, I think it will be going strong in 5 years time, just like it has the last 15 years.

T.H.E – I’m sure everyone wants to know the real Adam so a few quick questions:

1. Which do you prefer, beer or hard drinks? – To be totally honest I’m more of a soda fan. Cant beat an ice cold Coke. :)

2. Which would you prefer, a club night or a festival? – Club night

3. What’s the craziest thing you’ve ever done? – Probably Sky Dived. That was mental !

5. If you weren’t a DJ/Producer, you would be? – Depressed

T.H.E – We wish you all the best in your future endeavours and hope to see you live one day. :)