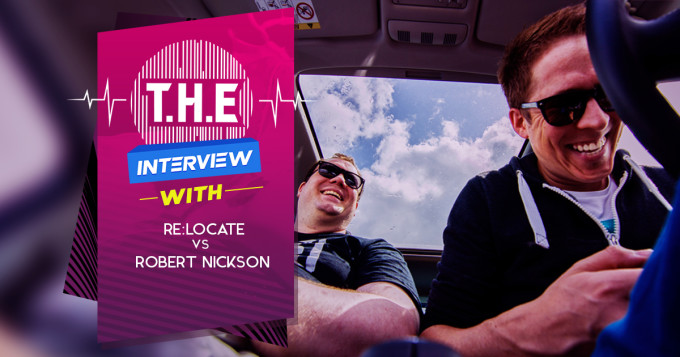 We had the chance to speak to the duo about their debut album, “Essence” – the thinking behind naming it as such, working with each other, how did the collaborations come about and more. Read on to know what they had to say! :)

T.H.E – We would like to start by thanking you for this opportunity. Collaborations aren’t always easy, it requires a tremendous amount of effort and an open mind yet the two of you make it look so easy! Two brilliant minds brought together to produce such euphoric music.

R: Thank you and thanks for thanking us.

T.H.E – Firstly, how did the two of you meet and start this journey together?

R: I’m sure we met briefly at some trance event probably around 2005/2006. We both worked for the same company for several years and during the company Christmas party Paul said ‘Hey we should make a track together sometime’.

P: And it quickly escalated from there… ;)

T.H.E – Every title has a story, “Essence” seems like it has a deep story behind it. How did the name come about?

P: When thinking of a title for the combined works that became the album, we figured it had to reflect the idea of the album in the first place: real no-nonsense trance. So after a couple of brainstorms it made sense to give it the title ‘Essence’.

R: We’d often joke that this was going to be the ‘tranciest album in the world’, and to us this sound really captures the essence of what we call trance.

T.H.E – Putting together an album requires not only time but the ability to know what works. Was it easy for both of you to work together and agree on how the album would be structured?

P: Since the first day in the studio together we experienced this creative chemistry. We keep each other inspired. We never had trouble keeping the general idea of the album structure in mind and working towards the final result.

R: Once we decided to go for an album we knew exactly what we wanted it be and, perhaps more importantly, we knew what we didn’t want it to be. It was quite easy to stick to this theme.

T.H.E – There are a few collaborations on your new album, “Essence”. How did you choose these collaborators?

P: Actually the collaborations were not really chosen, they organically evolved in the on-going process. Raz Nitzan, who we worked closely with during the creation of the album, has really helped us out with providing vocalists and songwriting for the album.

T.H.E – Paul in regards to working with Robert, what would you say is the most enjoyable aspect?

P: Robert and I share the same sense of humor. That is absolutely key to an enjoyable collaboration, both in- and outside of the studio.

T.H.E – There are always trials and tribulations faced when putting new ideas together and making magic from the combined skills of two talented artists. Robert, during these days what helped to clear the path and allow you to focus on the end goal?

R: I don’t think we had issues with putting the ideas together. We had more ideas than we had time to finish the album. When we were in the studio new ideas often popped up and we’d have to say no, we have to focus on finishing this track rather than start a new one. We did have a dip about a month before we finished the album where we started to doubt what we we’re doing and wondering what the point was. We avoided any work on the album for maybe a month and I didn’t listen to any of the tracks during that period. We didn’t plan this break, it just kind of happened. After that we felt refreshed again to finish the album. Our label guy Raz also gave us some encouragement during this time.

T.H.E – Which track required the most amount of time on it in order to make it perfect for the album?

R: I’m not sure there was a track which required significantly more time to finish. There was one vocal track based on an old demo track from 2014 which we never really liked. At one point we decided to completely redo that track but once we made that decision it was one the most efficient tracks we did in terms of time and workflow.

P: In general working on vocal tracks is a more time-consuming process, so I’d guess most vocal tracks took longer than the instrumentals.

T.H.E – When listening to this amazing album what do you want your fans to feel?

P: We absolutely loved the process of creating an album in the first place. The album is very thematic for
all involved and we hope this reflects to the listeners of the album.

T.H.E – Looking forward to the release of “Essence”! Trust it will be filled with those amazing trance vibes you two are brilliant at making come alive. Thanks again and wish you the very best.

For more details on the album, you can click here.