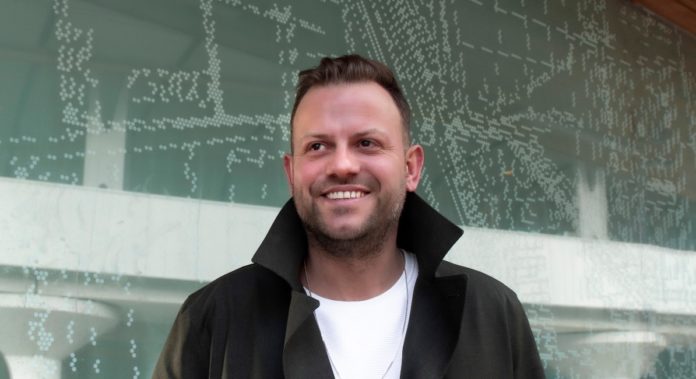 Billy the Kit is not one to let a global pandemic set him back.

One of Holland’s hottest house talents, the Dutch DJ/Producer has just announced the official launch of his very own imprint Rise Recordings, with the label’s first release, ‘Thinking About You’ available to stream via all platforms now.

Offering a taste of what the Rise Recordings head honcho has in store for his label, for its enthralling debut Billy has delivered a masterful rework of the world-famous Londonbeat single. A carefully crafted radio-ready cut, ‘Thinking About You’ is the perfect ‘feel-good’ house track that is sure to light up dancefloors house parties and radio waves alike.

Founded in collaboration with Warner Music Group’s sales and distribution division ADA Music Benelux, Rise Recordings aims to bridge the gap between dance and pop music, with ‘Thinking Of You’ the perfect testament to this.

Speaking about his new music and venture Joost Seilberger – best known as Billy The Kit – said, “I remember being in the car with my parents, and the song is on the radio all the time. It is a great musical memory from my youth and therefore extra special to release this new version on my own label – We rise by lifting others.”

Further cementing the ethos of lifting and raising others up, Rise Recordings will also strive to make a difference from a social perspective. Dedicated to making a difference with his music, for every song that is released, the label will donate a percentage of its revenue to a different charity of their choice. For their first release, they have selected Free a Girl – a foundation that engages in rescuing underage girls from sexual exploitation.

Speaking of the new label, Sander Stijnen, head of ADA Music Benelux said “For this tune we have I am very proud Joost and his business partner Jeffrey Kuiper have chosen ADA Music to let their label ambitions come to live! Together with our international teams, we are going to take their label to the next level.”

With 150+ performances a year, both in his homeland and at major dance festivals and venues around the world, as well as a slew of releases on major labels such as Spinnin’ Records as Universal Music, Billy The Kit has been a key figure in the dance music world for many years. With the launch of a record label a major milestone for any artist, Billy The Kit has chosen to celebrate his career highlight in a way that will truly make a difference, using his impact on the scene to make a philanthropic gesture that will benefit others.