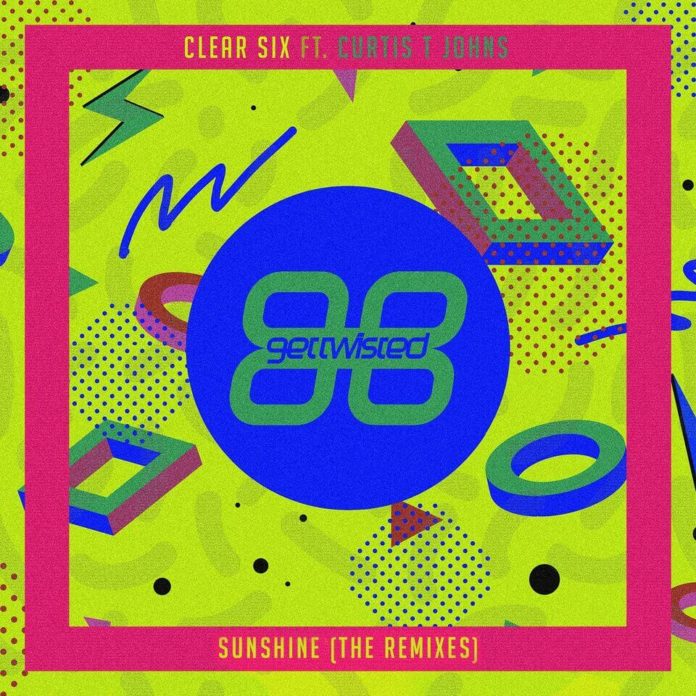 The anthemic summer hit ‘Sunshine’ by Clear Six gets the remix treatment from Ryan Blyth, M.A.X and SameSelf, released on Get Twisted Records on 9th September.

Hot on the heels of his massive release ‘Trust In Me’, Ryan Blyth takes ‘Sunshine’ straight to the peak-time dance-floor with a raw, bass driven garage remix with a dirty edge.

The M.A.X. remix gives the summery house vibes of the original a deeper, underground flavour – perfect for once the sun has set in Ibiza.

Rising duo SameSelf deliver a remix that builds from a chilled out dub groove to a bass driven house cut with the distinctive piano hook of the original shining throughout.

Manchester based John Goodier aka Clear Six has previously written for some of the biggest artists in the world, including Nelly and Nelly Furtado.

2016 sees Clear Six step out behind the scenes to deliver his own productions that seamlessly fuse electronic elements with live instrumentation and is equally effective both on and off the dance floor.

Clear Six’s ‘Light It Up’ was ‘Track Of The Week’ on Spinnin’ Records and reached Number 1 on the Spinnin’ Nu Disco chart with an official release coming later this year. Clear Six also remixed Tough Love’s hit ‘Touch’ (feat. Arlissa).