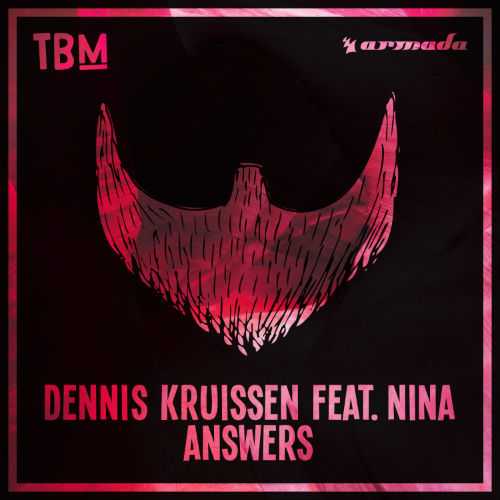 Just under two months since dropping the hit ‘Love Like The Sun’ (feat. David Benjamin), Dennis Kruissen has done it again, this time touching down on The Bearded Man with another stunning composition.

‘Answers’ features the vocals of fourteen-year-old Nina, who is pegged as a super-talent. The track is the Dutchman’s fourth original off of the label. The release is accompanied by a remarkable music video, which was made in a partnership with Trap Nation.

It’s clear that this is a song which aims to outdo even the most fascinating records of the past decade. ‘Answers’ turns heads, both for the stunning atmosphere it creates, as well as its colourful vibes. Made even better by Nina’s emotionally laden vocals, amid a deluge of gliding synths, the song might just be one of Dennis Kruissen’s best yet.

The producer who hails from Amsterdam, is an artist whose sound is etched into the very fabric of Deep House music. First bursting onto the scene in 2014 with collaborations featuring Sam Feldt (‘Alien’) and De Hofnar (‘Aye Technology’), the Dutch prodigy was soon picked up by Amsterdam-based record label, whom he signed an exclusive deal with in 2016.

Nina featured in season three of The Voice Kids in France and asked Dennis Kruissen for a chance to sing on one of his records. Dennis Kruissen agreed and, man, did Nina deliver.