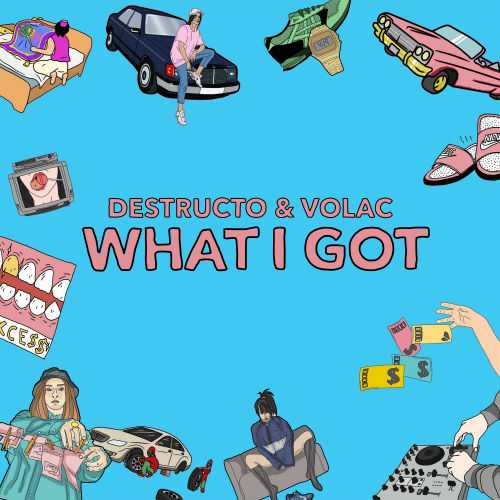 Destructo and Russian electronic duo Volac have joined forces to release a new track, titled “What I Got.”

VOLAC kick-started 2017 in style with their ‘Do Ya Thing’ EP and their remix of Riton’s “Rince & Repeat,” which has already amassed over 500,00 streams on Soundcloud within the past month. And now, the Russian producers/DJs have joined forces with head of HARD Events, DESTRUCTO, to create an a G-House influenced track.

Paying homage to Fergie’s “Fergalicious,” the single has a dirty, groovy bassline that weaves in and out of the track with the pitched-up vocals and the hard-hitting kicks keeping the pace.

Destructo has previously made remixes for well-known acts such as Depeche Mode, Giorgio Moroder, Major Lazer, Rob Zombie, Digitalism and more. 2014 also saw him release his West Coast EP which featured several collaborations with the likes of YG, Ty Dolla $ign, Problem, Too $hort, Warren G and Kurupt. His newest EP, RENEGADE (HITS HARD), which is scheduled for a release on March 31 will also showcase the likes of Snoop Dogg, Kevin Gates, E-40, Too $hort, Problem, Pusha-T, Starrah and more.

You can stream Destructo & Volac – What I Got below.