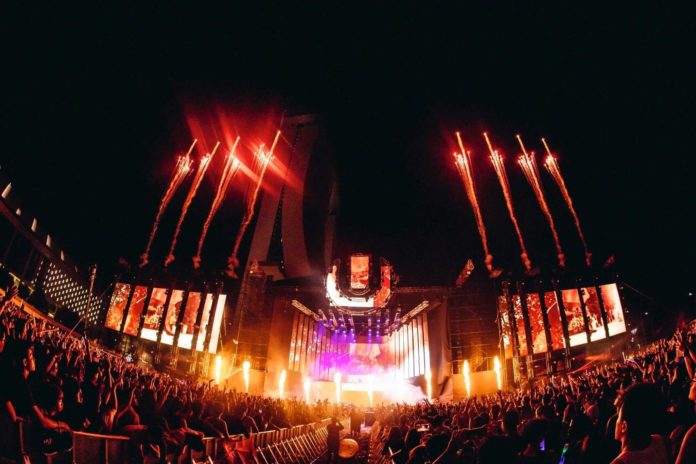 After having a successful Singapore debut last September, the world’s premier music festival, Ultra is back this year. The 2nd edition of Ultra Singapore is set to take place on June 10 & 11 at Bayfront Avenue.

Last year, we saw big names like Axwell, Deadmau5, DJ Snake, Above & Beyond, Kygo, ZHU and many more get behind the decks. The phase one line up for this year is out and it can’t get more exciting. Headlining the main stage this year will be Dash Berlin, Don Diablo, Dubfire, Hardwell, Martin Sloveig, Nic Fanciulli, Nicky Romero, Sasha & John Digweed, Showtek, Steve Angello, Steve Aoki and Tiesto. This will be Nicky Romero’s return to Ultra Singapore after he performed at the Road To Ultra Singapore 2015. Also, last month Nicky and Tiesto were in Singapore to get behind the decks of the relocated iconic club, Zouk.

Headlining the live stage will be KSHMR, Pendulum and Tchami. The biggest surprise of the line up is Pendulum, who reunited to perform live at Ultra Miami last year. After looking at their name on the lineup, it’s safe to confirm that the Australian electronic rock / drum & bass band is officially back.

This edition of Ultra also marks the return of Hardwell & KSHMR, who headlined ZoukOut in December 2016. Looking at DJs returning in such a short span shows the growing popularity of EDM in Singapore.

This edition of Ultra will consist of their standard 3 stages, the unrivaled Main Stage, Ultra’s Live Stage and the Resistance Stage – a techno and deep house stage. It is going to be a remarkable weekend with a beautiful trance set by Dash Berlin, some progressive and energetic sets by Hardwell, Tiesto & Steve Angello, a set with a beautiful persona by KSHMR, and thumping future house set by the man behind ‘Cutting Shapes’ – Don Diablo. And expect a magical performance from the highlight of the lineup, Pendulum.

Apart from Singapore, the other Asian countries to have UMF this year are Korea, Indonesia, Japan, Thailand, Taiwan and Philippines.