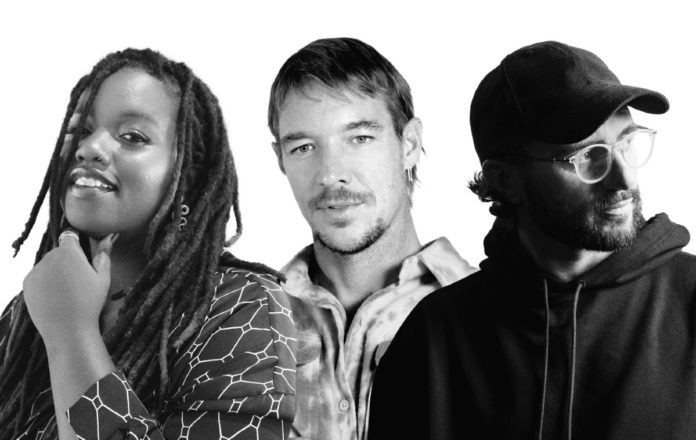 Featuring an array of awe-inspiring CGI landscapes, the captivating official video for ‘Promises’ is a perfect match for the energy of the track. Created by Actual Objects, a studio who have previously worked with Yves Tumor and Travis Scott and were recently supported by Fact Mag, the visuals are a breathtaking exercise in virtual world building. A certified club smash, the track was dubbed Clara Amfo’s ‘Hottest Record In The World’ on BBC Radio 1 has already racked up nearly 5 million Spotify streams in less than a month.

It follows the success of the trio’s first platinum-selling collaborative hit ‘Looking For Me’, a track that peaked at #4 in the UK Singles chart, spending three weeks in the ‘Top 5’, four weeks in the ‘Top 10’ and has amassed over 200 million combined streams to date.

The stunning official video for ‘Promises’ pushes the boundaries of music videos as a creative medium.