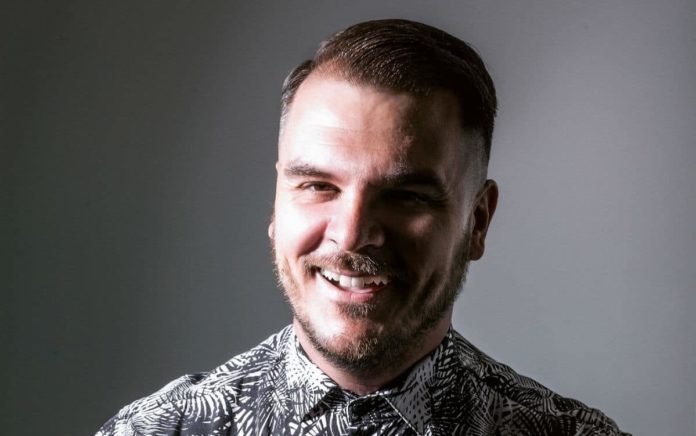 Get set to #followtheeko as Ekoboy makes his well due debut on Gene Farris’ notable imprint Farris Wheel Recordings.

The new single “Fan Of A Dawn” is set to treat Ekoboy’s growing fanbase to the perfect sunrise party anthem and follows notable releases on Dirtybird, Moon Harbour, Repopulate Mars and more.

Greek DJ and producer Vangelis Kostoxenakis is the guy behind the talent that is Ekoboy. He has been racking up the accolades as of late thanks to his raw and quirky, signature house style that has won the seal of approval from Claude Von Stroke and his Dirtybird imprint as well as Moon Harbour, Hotboi and many others.

More recently his quality production style has landed him signed releases on the likes of Repopulate Mars, Box of Cats, Desert Hearts, Nonstop who all want a piece of the rising producer. Now it’s Gene Farris and his Farris Wheel Recordings label to snap up Ekoboy’s undeniable skill with latest effort Fan Of A Dawn.

Ekoboy’s Fan Of A Dawn spans grooving tech-house and house realms, boasting a funky diva vocal that flows across lively drums and rugged bass line perfect for club-goers across the globe who can’t get enough of the dancefloor and party into the crack of dawn. A high riser amongst his peers A Fan Of A Dawn demonstrates Ekoboy is rounding the edges and polishing the rawness with flawless prowess.

Ekoboy – Fan Of A Dawn is out now on Farris Wheel Recordings.

Music Akshay Bhanawat - June 3, 2020
0
What a time to be alive! With the whole world in a standstill, travelling close to impossible and many social distancing measures in place...

Interviews Akshay Bhanawat - June 3, 2020
0
Wæde Wätts came together through an everlasting bond of music, from the moment Jerry and Matthew instantly clicked an unstoppable partnership was formed. The...
ABOUT US
What started as an interest, slowly turned into a passion, and before we knew it, we had curated and founded a thriving community of avid electronic dance music lovers.
FOLLOW US
© Copyright 2020 - T.H.E Music Essentials