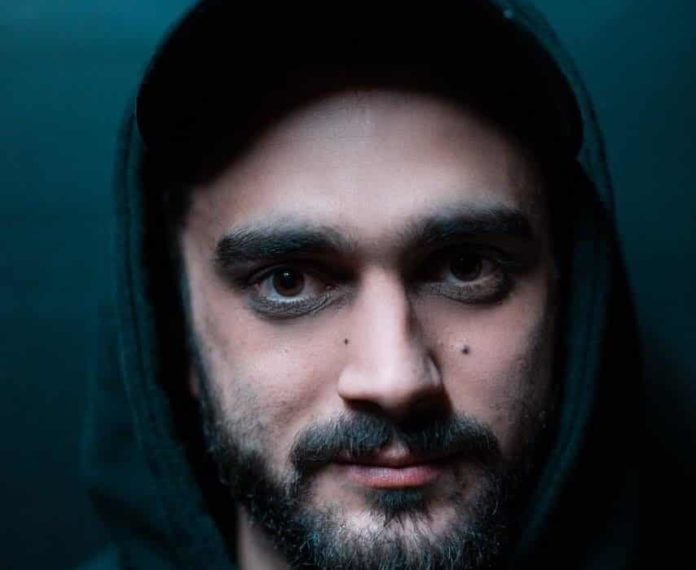 Sam Eckstein is Esseks. The NYC producer and illustrator is a force in dance music.

From dance-floor-ready thrashers to emotionally-driven introspective cuts, Esseks is a proven innovator. Ahead of his forthcoming LP The Villain’s Journey, Esseks delivers “Watching From a Distance.” This dark genre-bending track is out via Deadbeats.

Esseks · Watching From A Distance

Esseks cut his teeth in the dance music space circa 2015 with his explosive debut album Bad Cartoons. It wasn’t long after his breakthrough that the industry embraced his forward-thinking, cutting-edge production styles. A mutli-faceted creator, Esseks also draws and paints the art for his releases himself. Despite the odds, 2020 was a successful year for Esseks as he released a string of celebrated singles, his 2-track EP Soul Stone with Shanghai Doom, and delivered a track for Bassrush’s compilation album The Prophecy Vol 1. Maintaining a full speed momentum, Esseks has already made 2021 his own. At the heels of his single “Ellie’s Nap” which was released on CloZee’s self-curated album Emergence, Esseks is mapping the blueprint for his next album The Villain’s Journey. Inspired by prog rock and other unconventional genres, the LP’s lead single “Watching From a Distance” is a dark, stormy track with hip-hop nuances and warped psychedelic breakdowns. A proper thriller, this lead single is expected to send a shotgun blast into 2021. Watch this space.

“It’s a small piece of a bigger picture” -Esseks