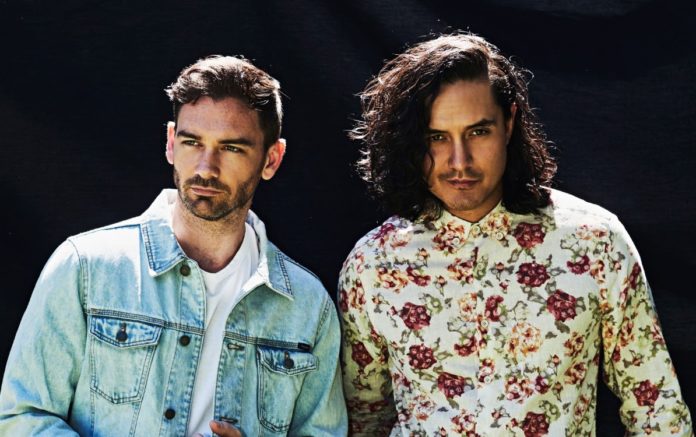 One look at Feenixpawl’s list of recent achievements says it all; the Australian tastemakers know how to send sparks flying with their wide-appeal Big Room sound.

But every artist likes to switch things up now and then, and that’s why Feenixpawl decided to step off the beaten path with ‘Colors’, their first solo release since 2018’s dance radio #1 ‘Neon Sky’.

Radiant like the sun in the sky, ‘Colors’ is a record that effortlessly lifts moods with every play. Sporting everything from playful beat drops to gleaming vocals and an upbeat vibe, the record offers a touch of positivity to whoever grants it a listen.

Feenixpawl: “This is actually a song we’ve been working on sporadically for a few years. We loved the vocal from the moment we heard it, and we thought it was a great opportunity to make something a little left of centre. The sound is definitely a change-up from what we’ve done in the past and it’s been a bit of a labour of love for us. We’re so excited for people to finally hear it!”

Grammy nominees, DJ globetrotters and remixers to the likes of Jess Glynne, Kaskade, NERVO, Nicky Romero and Rihanna, Feenixpawl are two of Australia’s most prominent export products. With numerous worlds tours, hundreds of millions of streams and a truckload of awards under their belt (including winning the ASOT Tune Of The Year award alongside fellow Aussie MaRLo in 2019), they have secured themselves a spot alongside electronic music’s most prominent tastemakers. Their 2012 track ‘In My Mind’ was an outright smash hit and their 2018 single ‘Neon Sky’ was nominated for an IDMA in the ‘Best Pop/Electronic Song’ category.