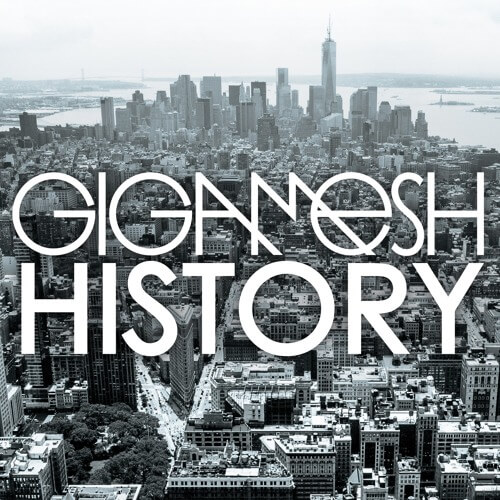 Few can dispute Gigamesh’s achievements in the field of dance music. With his 2015 hit ‘The Music’ now sitting at 1 Million Spotify streams, and having turned heads with his viral remixes of Fleetwood Mac, Donna Summer and Radiohead, and with two critically EPs already under his belt, the Minneapolis native has been a firm favourite in the playlists of music lovers the world over for the past 6 years.

Now Gigamesh is setting his sights on even greater things with the announcement of his debut studio album, ‘Time Travel’. Split into two 5 track volumes which will ultimately combine into an 11 track album, the project is set to delve further into Gigamesh’s creative flare as he moves into more mature and sophisticated musical territory. Gigamesh explains the inspiration behind his first major body of work in four years:

“Nearly all the songs on Time Travel reference some aspect of time. The idea started organically for the first few songs, but I decided to make it more deliberate after I noticed a pattern emerging. I was likely thinking a lot about time because I hit some important life milestones while working on the album. I liked the idea of using time as creative glue because it’s something we can’t see, which sort of makes it equally scary and exciting. I’m releasing the album in two volumes to further play into the concept and also thought it might be an interesting experiment to break it up into two because music is now typically consumed in smaller doses than in the past. I’m incredibly stoked for people to hear it!”

‘History’, the first track to be released from the record, kicks things off with summery up-tempo vibes. Giving a nod to the sounds reminiscent of the French Touch movement, Gigamesh utilises a funk infused bass-line, buzzing synths and Damon C Scott’s soulful vocals, to create one of this year’s sonic gems. Scott, whose previous co-writes include Storm Queen’s runaway hit ‘Look Right Through’, is an inspired vocal choice and perfectly compliments Gigamesh’s unique production style.

Having recently released the first volume of his mix series, Gigamix, which premiered on Earmilk last week, and with his Brooklyn Bowl, NYC residency in full swing, excitement is building for the release of the first ‘Time Travel’ volume, out August 19th.