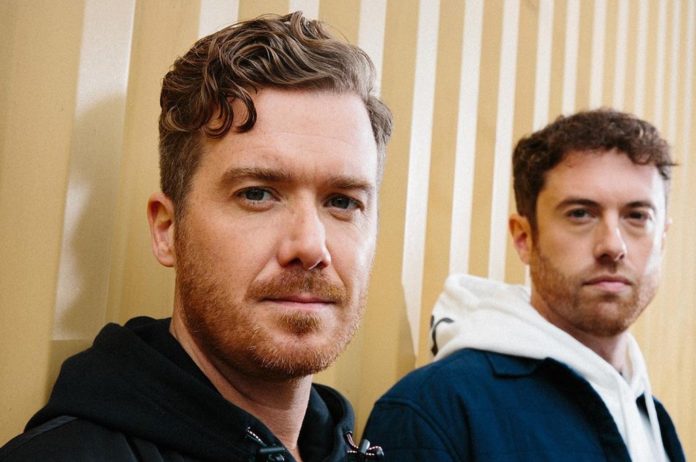 Alongside the announcement of the new album, the duo have shared the latest track from the album “Tell Me It’s True.”

Boasting euphoric house-piano, seamless vocal chops, and an ever-evolving bassline, “Tell Me It’s True” is the perfect introduction to their latest body of work. With Kye now residing in the birthplace of house music, Chicago, and Matt remaining in London, the creation of Olympia marked a career first for the duo, having produced the project from entirely separate continents.

An album shrouded in Greek mythology, Olympia is an eclectic and euphoric mix of past and present, it’s a celebration of musical worlds coming together, with 90’s house blending seamlessly with 2020’s finest pop. Olympia is a collaborative piece of work showcasing Gorgon City’s strength in discovering and developing vocal talents that are genre-spanning and varied. There are features from an incredible roll call of exciting new talent in the form of Rose Grey & Aura James, alongside past collaborators Josh Barry, Sofi Tukker and DRAMA. See below for the full track listing.

Talking about Olympia, Gorgon City say, “With this record we’ve definitely gone more clubby and have been inspired by the big shows that we played before lockdown. It’s a bigger sound and lyrically it’s different for us”

This album celebrates themes of escapism and exploration, as social freedom finally feels like a reality. Olympia is a collection of the duo’s work over the last few years, while digging deeper into the sounds, experiences and emotions that have influenced their lives and work. The breadth of music they’ve been exposed to while touring pre-covid informs Olympia’s massive sonic palette.

Formed in 2012, Gorgon City have sold over 10 million singles and clocked up over 1.5 billion streams. While the duo are no strangers to chart success with hits such as “Ready For Your Love,” their sound is rooted deep in club culture and made for live shows. Many songs get road tested in clubs before being put onto an album. The live setting is where the duo truly thrives – 2019 saw amazing sets around the world including Coachella, EDC Vegas and Israel’s Get Lost Festival, as well as sold-out shows from iconic UK venues such as Printworks, Warehouse Project and Tobacco Dock.

With the release of Olympia on the horizon, live dates in the diary and further exciting news to come, the future is becoming an increasingly exciting prospect for one of dance music’s most celebrated duos.