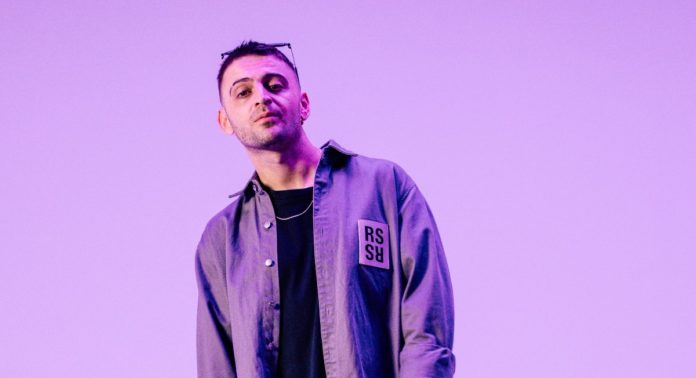 Habstrakt is heading back over to Insomniac Records with his sophomore single, “Gotta Be,” a dark and melodic number forged in his signature style.

Coming off an astounding label debut on Insomniac Records with his recent high-octane single “Show Me,” Habstrakt is ready to re-up on another appearance for the imprint. On his second single, the French bass house aficionado sidesteps his more energetic inclinations and pulls back on the intensity ever so slightly without losing any momentum along the way.

“Gotta Be” wraps itself around a brooding vocal delivery, featuring racy lyrics about succumbing to your bodily urges. The desires run deep on this one, as does the overall vibe. Its provocative crooning is carried by subtle trap drums and hot-and-bothered atmospherics that are guaranteed to get the juices flowing. Once the tension reaches its tipping point, though, Habstrakt breaks off an irresistible groove marked by rumbling basslines, cunning chords, kinky flourishes and a naughty nature making it damn near impossible to fight the feeling. While he may have dialled back on the ferociousness this time around, his new single still packs the time-tested drive that earned the French phenom his crown in the first place.

“It’s kind of weird making club music these days without actually testing it in clubs first,” says Habstrakt. “But I’m hoping to hear this one on live speakers soon!”

Even though the festival big rigs are temporarily out of commission, the track has already started to get some solid traction within the livestream and radio space, with plays locked from Zeds Dead, Afrojack, CID and more tastemakers hopping in on the action. With a steady flow of releases this year that has seen him hop around top-tier labels from the likes of Gud Vibrations, Never Say Die, Monstercat, and Proximity, his new single on Insomniac granted him some wiggle room to explore a more reserved expanse from his artistic arsenal. “Gotta Be” is a much-welcomed change of pace that could easily be indulged upon on a festival big-rig as much as it could within the confines of your own living room.