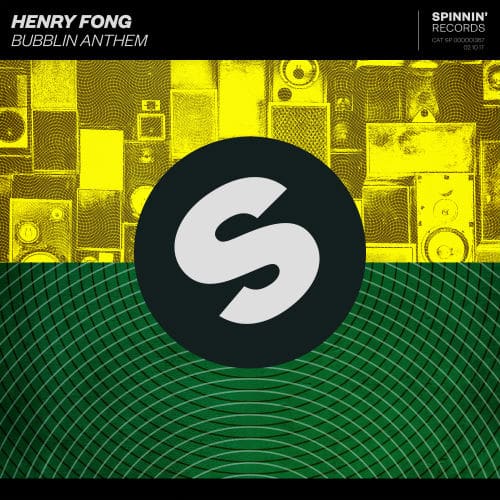 It’s time to turn up the heat, as Florida-born DJ and producer Henry Fong drops one hell of a belter on Spinnin’ Records. Get your dancing kicks at the ready, because Bubblin’ Anthem is about to take your night to the next level.

If anyone knows how to make people pay attention, it’s Henry Fong. Born and raised in West Palm Beach, Florida, the DJ and producer began experimenting with music in his college years and hasn’t looked back since. With releases on OWSLA, Dim Mak, Mad Decent and Revealed already in the bag and his own imprint Banzai Recs on the rise, Henry has charged to the forefront of the dance music scene with his unwavering focus and passion. He was named Annie Mac’s ‘Future Star 2015’ on BBC Radio 1, plus has worked closely with the likes of DJ Snake, Calvin Harris & Rihanna, Zedd, Skrillex, Hardwell and many more, sealing his place as a high-flyer in his chosen field.

“Bubblin’ Anthem is my way of flipping a classic familiar dancehall riddim into a high energy club track. Early 90s-2000s era dancehall is my biggest inspiration in production, so I love revisiting that era and turning it into something that DJs can play in 2017″ – HENRY FONG

And what can you expect from Henry’s latest release? Jamaican vibes, booty-shaking riddims and vehement drops, as he pulls out all the stops with Bubblin’ Anthem – a high-energy smasher with timeless danceability.