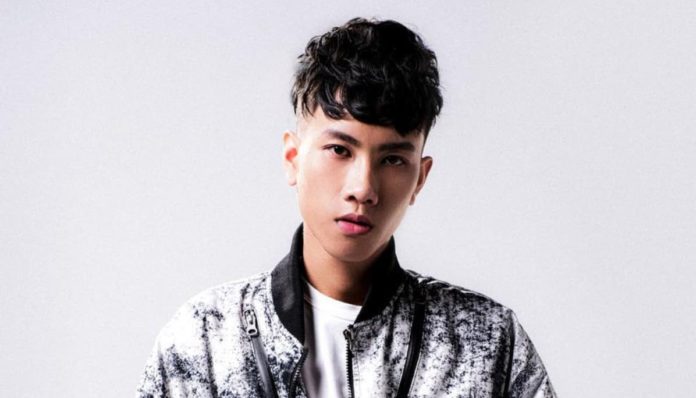 Out now on Monstercat, the song marks YUAN’s first original Western label release in his storied career, bringing together a melting pot of dance music flavours from regions across Asia to the world.

“Saviour” has all the makings of the next major festival anthem as the powerful drums and subtle piano chords drive energy throughout. Haneri’s pop sensibilities shine, while her floating vocals help carry the melody, drawing listeners in as the track swells to the drop.

The rich basses and gritty brass elements sit perfectly in the mix, giving “Saviour” that classic trap feel. Fans and gamers alike can look forward to having the perfect hype music to play in Rocket League, as “Saviour” will enter the game on June 16, and remain as the lobby track for over six week – the longest run for any song in the lobby since Kaskade’s “Miles To Go.”

Hoaprox tells fans, “Believe in yourself, you can do anything.”

While YUAN adds, “This song is the first time that I cooperated with Monstercat. The overall style of this song was a new challenge for me, and it was also a very exciting collaboration.”

Haneri concludes, “The song is my second collaboration with Hoaprox and it’s about being your own hero. Sometimes it takes a while to realize that you can save yourself and this song is about finding that out and fighting for yourself without needing anyone else’s help.”

Since becoming the youngest winner ever of the competition TV show ‘Remix New Generation 2017,’ Hoaprox has been disrupting the dance music scene and rising to stardom in Vietnam.

His iconic song, “Ngau Hung” collected over 2 billion streams, making him one of the top electronic musicians on China’s streaming service NetEase. Earlier this year, Hoaprox and Haneri teamed up to release their first collaborative single on Monstercat, “Brighter Side,” a vibrant slice of dance-pop with catchy lyrics and bouncy basslines.

With 2021 ramping up, Hoaprox is poised to have another momentous year as he brings his unique style of progressive house, future bass, and more, to new audiences around the globe.

Exploding onto the Chinese music scene in 2018, YUAN (a.k.a. Mengyuan) quickly rose to popularity due to his effortless fusion of classic Chinese instruments and elements in his music. Later that year, YUAN found himself in the top six of Netease’s ‘Top Artists of 2018’ list as well as sitting at the number one spot on PYRO’s ‘Top 100 DJs of 2018’.

With over 5 million followers on social media, 3.5 billion audio streams in China, and his latest album aptly named ‘CHINA’ receiving well over a billion streams alone, YUAN shows no signs of slowing down as his dedicated fan base continues to grow across all platforms.

Similar to Hoaprox, Haneri got her start on TV, starring in Season 1 of ‘Singapore Idol’ under her given name, Daphne Khoo. Since then, she’s lived between Los Angeles and Singapore, taking on the name Haneri and working with notable artists like Charlie Puth, Kehlani, Paul van Dyk, and more.

Most recently, she released her debut EP, Milliona, followed by “Waiting On You,” a collab with fellow Monstercat artist Duumu. Haneri has been featured in Esquire, NME, Time Out, and others praised for her unique blend of pop, funk, and dance.