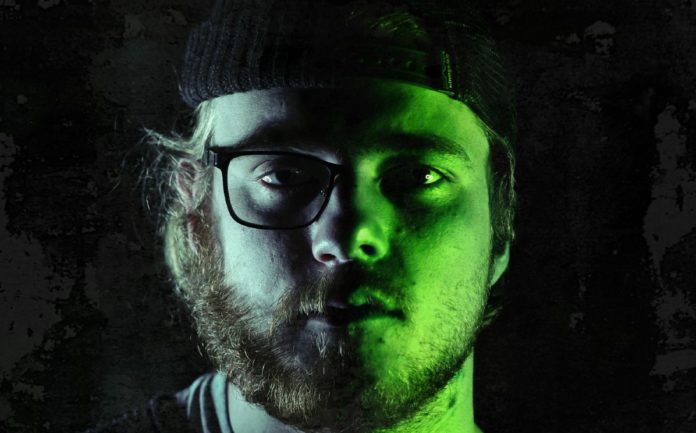 Jkyl & Hyde are storming in with some heavy artillery taking the form of their first solo outing on Bassrush Records, a double-sided single by the name of ‘Shell Tha Place / Distortion,’ including a collaborative effort with the one and only Shiverz.

In the fallout following their head-splitting label debut on Bassrush Records with the fuzzy “Distortion” joint featured on the most recent ‘Prophecy’ compilation, the two-sided savage that is Jkyl & Hyde is crawling back out of the lab clutching onto their first proper single on the imprint. As if there wasn’t already enough firepower at bay with both brains consistently causing a ruckus in the dubstep department, the duo decided to recruit the help of a battled-hardened veteran from across the pond, Shiverz, the MONSTERS founder and riddim pioneer that needs no introduction.

Putting their heads together with the UK rapper/producer is something that has been on the boy’s own personal bucket list, and the opportunity happened to fall into place naturally after sharing the stage at a number of shows (when those were still a thing!). Blowing up the same lineups eventually led to a solid relationship that would become the catalyst for the new cut they are now firing out from the cannon.

On “Shell Tha Place,” they hit the deck and let the power of their high-caliber creation handle the rest. The flow isn’t here to play games, with its grime-covered bars commanding the beat like its life is on the line. Ominous tones and low-key percussive patterns keep the squad on high alert, letting the tactical rapping bark its orders before its time to move on the attack front. After first blood is drawn, an all-out assault ensues as they rain down with choppy synth riffs and waves of blurry bass that don’t let up until its sworn enemies are wiped off the face of the earth. Based on the unrelenting shock-and-awe strategy taken on this one, mercy was never an option.

“Following up our previous release ‘Distortion,’ our tune ‘Shell Tha Place’ with Shiverz seemed like the perfect option for our second release with the label,” says Jkyl & Hyde. “Having a collab with one of our biggest inspirations, on a staple label in the bass music scene, was like a dream come true. Bassrush felt like the perfect home for this release.”

It would be in your best interest to duck for cover once the bombs start flying, because this new collab between Jkyl & Hyde and the hard-edged Shiverz does exactly what its titled intended: “Shell Tha Place.” Good luck trying to pick up the pieces once the last beat runs its course—at which point there likely won’t be anything left to collect.