Keshav Bhardwaj aka Klipr is back with yet another banger tech-house track ‘Get Close’.

Reimagining his production style, Klipr has combined intricate bassline, melodies, and mesmerizing sound design that remains the focal point of this amazing new release. The single has a completely different vibe from his 6-track ‘Lockdown EP’ released in May, which saw him head down a slightly heavier tech-house route. However, Klipr has been treating us with new music all summer long and his new track ‘Get Close’ is no different.

Klipr is working to perfect his musical style and sound before a large-scale release drops in the near future. He has shown a true dedication to his music. The hard work and hours of dedication that goes into making each individual track has paid off as it gives his music a noticeably intimate sound, as listeners can tell each rhythm and beat has been perfected and crafted over the course of many hours. Klipr has used his knowledge of the industry to create his own record label, Streamin’ Music Group.

As Klipr continues to develop and mature as an artist, he continues to show signs of becoming one of the most promising new acts in the near future. Fans of Klipr can also get a taste of his music through his work as part of the DJ/Producer duo BlareMob. Working with his childhood friend Himanshu Chhabra, the duo also makes music in the electronic house and electro genres. 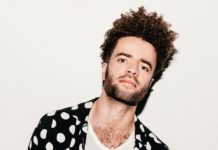 Youngr Shares Most Personal Single To Date, ‘Boy From Manchester’

Youngr Shares Most Personal Single To Date, ‘Boy From Manchester’

Music Akshay Bhanawat - May 15, 2021 0
Above all else, music is a way for artists to share stories, to materialize experiences and emotions when words fail to capture the essence....

Music Akshay Bhanawat - May 15, 2021 0
Stadiumx and Teamworx join forces for the first time ever with their new release "7 Days," a dance-worthy pop-electronic crossover single out on their...

Interviews Pavan Kumar - May 15, 2021 0
Braynin draws on his biggest inspirations for his new single, "Too Late", beautifully combining the brilliance of Hans Zimmer’s orchestral opuses, with the pop...

Music Mmkrishna Cherla - May 14, 2021 0
New York based producer Antaeus has jumped back into action with his new EP ‘Chromasounds’. This diverse musical treasure trove is out through Monom...

EDM News Pavan Kumar - May 14, 2021 0
A couple of years since the death of the master producer Avicii and his legacy stil continues - well that’s the true mark of...
ABOUT US
What started as an interest, slowly turned into a passion, and before we knew it, we had curated and founded a thriving community of avid electronic dance music lovers.
FOLLOW US
© Copyright 2021 - T.H.E Music Essentials