Californian DJ and producer KSHMR (Niles Hollowell-Dhar) has unveiled the release of his brand-new single – Neverland, a stomping big-room production primed for main-stages during this festival season.

Out now, KSHMR’s latest release showcases the producer’s penchant for dynamic chord patterns as he delivers a thumping bassline soaked with subtle twists of KSHMR’s Indian influences. Always packing a contagious energy into his soaring productions, Niles broke into electronic music under the alias KSHMR, choosing the name in relation to Kashmir, India, where his ancestors are from.

Teaming up with Dutch legend Tiesto on the 2015 whopper ‘Secrets’ (125 million Spotify streams), the American has rocketed to #12 in the DJ Mag Top 100, playing on the main-stages of several worldwide festivals, including Tomorrowland, Ultra Music Festival in Miami, and EDC Las Vegas.

Returning to India last year, KSHMR sold out a 7-city headline tour (including a 20k capacity charity event titled ‘Karma’) to raise money for impoverished children in the country.

Launching his own label, Dharma Worldwide, KSHMR is best known for his irresistible blend of hard drums and melodic elements mixed with West Asian orchestral compositions. Racking up almost 30 million Spotify streams on hits like ‘Power’ (his collaboration with DJ Mag Top 100 2013 and 2014 winner, Hardwell), KSHMR continues his meteoric rise through the electronic industry, with ‘Neverland’ out now. 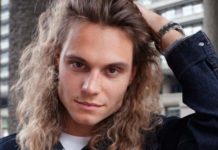