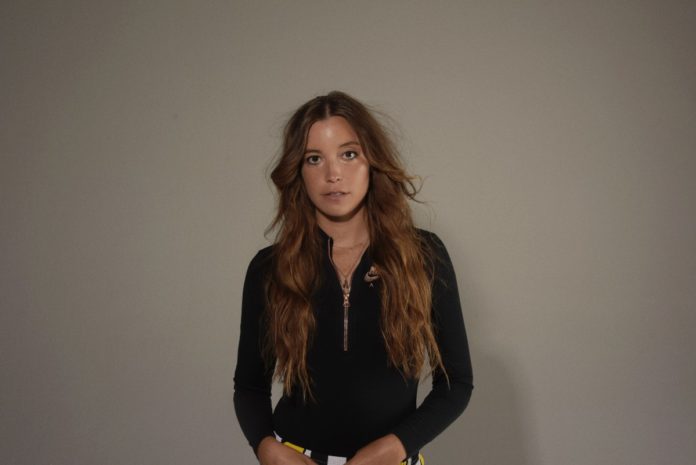 While surfing through the countless livestreams currently littering the online space, you’d be hard-pressed to find an artist more magnetic than LP Giobbi. The classically trained jazz pianist turned house music heroine has been boosting up global broadcasts with full-of-life performances that have crowned the FEMMEHOUSE founder as the official queen of quarantine. It’s safe to say she knows a thing or two about getting people to put a little pep in their step.

On her first record of 2021, she starts the year off on the right foot with a timeless gem that zeroes in on the covalent bond shared between the occupants caught on opposite ends of the DJ booth. “Move Your Body” swirls itself around a rapturing vocal delivery from singer/rapper hermixalot, a permanent fixture found sprawled all across LP’s discog, as her sermon-like cadence creates a sense of urgency to succumb to the spirit-lifting groove helmed by LP Giobbi. The rallying cry is elevated to the next level with the help of a dizzying blend of shuffling drums, sweeping string arrangements, subtle acid warbles, breakbeat builds, and, of course, some riveting piano phrases thrown down by the virtuoso herself. With these two blindingly bright sources of energy working in tandem, it’s not a question of “if” but rather a matter of “when” you’re going to answer their altar call.

“‘Move Your Body’ started as just a vocal that I recorded with Hermixalot,” says LP Giobbi. “I wrote down a bunch of ideas I wanted to tell the dancefloor about setting the tone for the feedback loop that is the DJ and Dancer. I take energy from their energy so I can give it right back to them, and, in return, we can all be a part of something greater than ourselves. I took this smattering of vocal ideas and put it into a dance track that I could play at the beginning of my show to set the tone for what is to come: if they show up and show out, I will do the same for them. It feels very fitting that this record found a home at Insomniac because they have been the leader in creating great shows and dancefloors for decades. It is a match made in heaven.”

Originally born in Oregon but now operating out of Austin, Texas, LP Giobbi has the credentials of a creative type who knows how to run the show from top to bottom. As a graduate from UC Berkeley with a degree in Jazz Piano Performance, she took her technical mastery behind the keys and transformed it into a lifelong affinity for the piano house. From that pivotal turning point, she’s fashioned an impressive discog ripe with infectious positivity, from the shimmery shaker “Scuff Your Soul” to the heart-warming groove on “Meet Again.” Most of her releases have found a home on Animal Talk, though, the event brand and artist collective she heads up alongside the omnipresent electronic duo SOFI TUKKER. Her credibility as a tastemaker has also landed her a gig as the North American Music Director for W Hotels, using her wealth of music knowledge to curate in-hotel playlists and program live performances from hotly-tipped locals. In the time between her entrepreneurial endeavours, she’s busy lifting up other aspiring artists via the nonprofit she founded, FEMMEHOUSE, an organization fighting on the frontlines to combat the gender gap in the music industry by empowering women with the tools they need to thrive in the studio. The latest notch added to her laundry list of accolades is not only breaking into but also dominating the livestream game, bringing deliverance to house enthusiasts around the world by way of her House Hymns show, which holds a residency on Insomniac TV every Saturday at 10:30 am PT. With a seemingly never-ending résumé that speaks volumes of her authority both on and off the dancefloor, LP Giobbi has become a living and breathing example of a creative entrepreneur that can truly conquer it all.