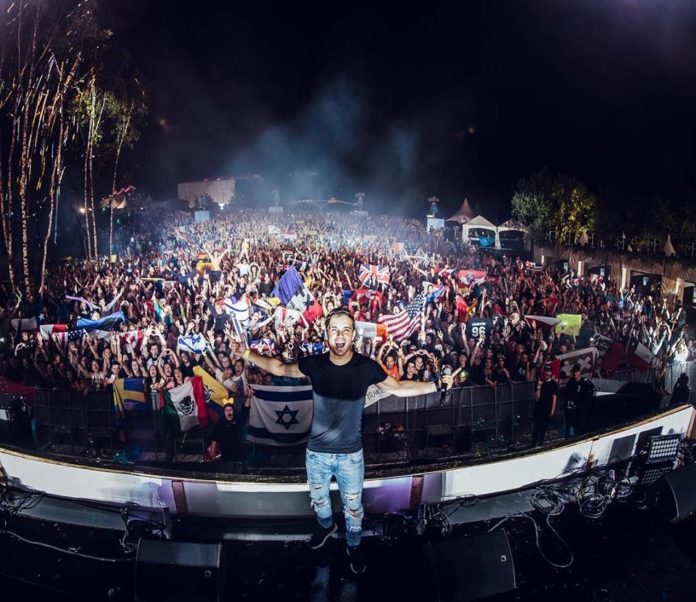 World #1 DJ and boss of STMPD Records, Martin Garrix is all set to drop the progressive anthem that we’ve all been waiting for.

During his sets at Tomorrowland, Martin performed under his original DJ name as well as debuted his tech/deep house alias YTRAM.

Apart from his own released tracks, his sets were filled with other tracks released on STMPD Records and a bunch of IDs. And one ID that caught everyone’s attention was the closing track that Garrix specially produced for Tomorrowland. The closing ID now officially has a title – ‘Pizza’. The track has a beautiful melody and thumping kicks, which will make it a widely popular progressive house anthem. Garrix has been teasing the track via many channels and has confirmed that the track will be released within 2 weeks.

Watch Garrix drop ‘Pizza’ to close the main stage at Tomorrowland below:

releasing my tomorrowland closing song in the next 2 weeks ? #pizza

Garrix adding his final touches to it before its release:

It all started when Garrix teased ‘Pizza’ with his Ushuaïa recap video:

After doing the math it is safe to say that the track might be released on August 18th or 25th. We can’t wait for the release of this progressive house banger. Stay tuned for further updates!

P.S., It’s surprising to see a Dutchman produce such a wonderful ‘Pizza’. In this end, this is another major addition to the list of our favorite pizzas.