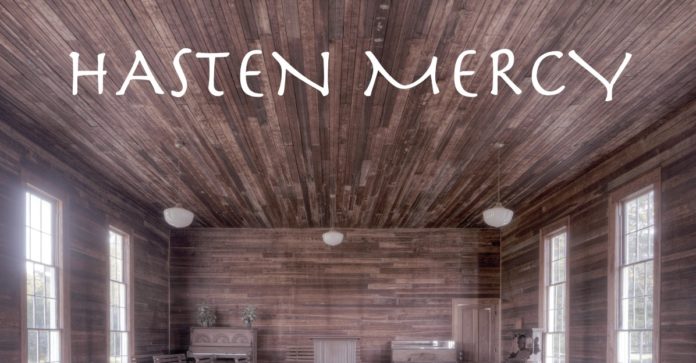 Written and recorded in a burst of creativity, “Hasten Mercy” highlights the influence of music on Michael’s lyric-driven melodies.

A Toronto native, Michael ignored the advice of his musical mentors and attended law school, eventually settling in New York City. With a young family and 18-hour workdays, music played an important role in his life by lulling his daughters to sleep and exposing them to various genres and styles. With its originality and evocation of influences such as The Smiths and Stone Roses, “Hasten Mercy” is destined to make waves by highlighting the essence of his roots without altering the essence of the ’80s.

It opens with “Star You Are,” an upbeat and uplifting track influenced by early 90’s rock, somewhat reminiscent of “House of the Rising Sun” by The Animals. In the next track, “These Things,” we get a slow synth-pop track that takes you on a dreamy soundscape journey similar to “Johnny Cash” back in the day. “I Break Everything” closes out the EP with a piano and a kick and a voice that tells us a story about a burning heart. Baker sings about his relationship and the past heartbreaks he has caused, which will always be with him…

Michael Baker uses retro synthesizers and modern tools to explore the question of whether it is possible to refocus one’s musical energy after years spent pursuing a more traveled path. Listeners are sure to be inspired by this EP.

“Hasten Mercy” is available on major platforms and can also be streamed here.