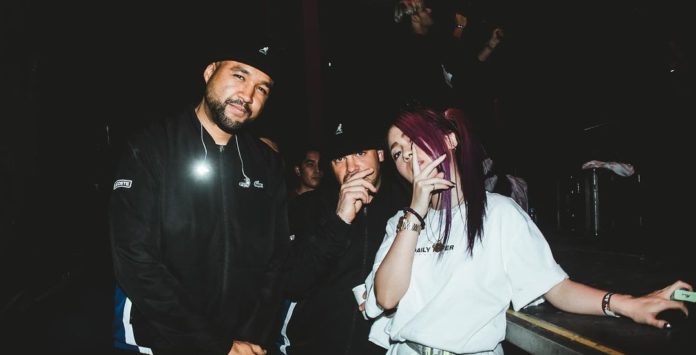 Making their debut on Tiësto’s Musical Freedom label this month are Dutch production duo, Moksi who have teamed up with RayRay for their huge new single ‘Pump It Up’. Out today, ‘Pump It Up’ is the signature of both the label and Moksi’s well known and loved sound.

Over the past few years, despite the struggle that was 2020, Moksi is full-speed ahead, having dropped over fifty tracks – including remixes and collaborations with Yellow Claw, DJ Snake and Hardwell – and establishing their unique, bassline-driven, UK garage-influenced sound. Samir and Diego now are reaching back to their roots in club music with new single ‘Pump It Up’, Moksi presents a musical statement that oozes joy, confidence, freedom and optimism.

Moksi partnered up with their close friend RayRay from Taiwan who has solidified her stature as Taiwan’s next generation of talent performing at key events across the globe including Glastonbury, SCSW, Ultra Music Festival, Tomorrowland and ADE. She represents a new wave of artistry coming out of the island nation, one that is driven by creativity and originality.

Pump it Up’ is another step in the constant evolution of Moksi’s unique house sound. RayRay adds a powerful twist to the track with her pumping vocals that manage to capture the exact house-feel the duo was going for.

Discussing their new single, Moksi says: “We were working on this demo in 2020 during the lockdown, we wanted to create a big underground warehouse vibe. We texted RayRay if she’d be down to feature on it and she was down right away. She absolutely nailed the vocals on this. Fun story: the sneeze you’ll hear in the song is from our dear friend Sophie Simmons, amazing songwriter and professional sneezer. No cap!’’

Now, the release of another fantastic track and more are on the horizon, marking 2021 as what could be Moksi’s biggest year yet.