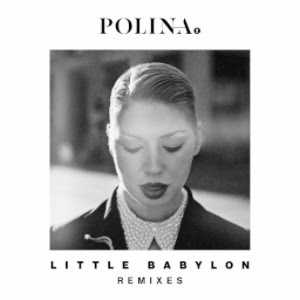 French-born, Berlin-residing DJ and producer Adam Trigger adds his signature electro-house sound to the track, with a dramatic crescendo and rippling bassline which feeds into Danish producer Joe Kold’s edit. Bringing a wealth of experience and fresh touch to the track, as well as keeping the original guitar melody, Kold adds a distinctive pad synth beat over the top and looping synthesized vocals during the drop.

To complete the package, Australian producer Jyye brings a percussive, bouncy melody to the already effortlessly catchy track. Jyye has previously been supported by the likes of Tiësto and Oliver Heldens, thanks to his releases on Ministry of Sound, Clutch Records and Spotted Records.

The original track released earlier this year encompasses a soulful and sultry sound with Polina’s enchanting vocals layered over smooth saxophones, a soft guitar riff and a subtle 4/4 beat.

Classically trained, Polina is increasingly in demand as an artist, and ‘Little Babylon’ is a testament to this. The Grammy award winner’s recent collaboration with Felix Jaehn on ‘Book Of Love’ has whipped up more than 19.5 million combined plays on YouTube, held number 1 on the AirPlay charts for four weeks and has received gold status in Germany. Her vocal talents have featured on tracks from the likes of Eminem, Steve Aoki and Kaskade showcasing her versatility which has led to live appearances on Tomorrowland, Ultra Music Festival and Electric Zoo amongst many club shows in the US and Europe.