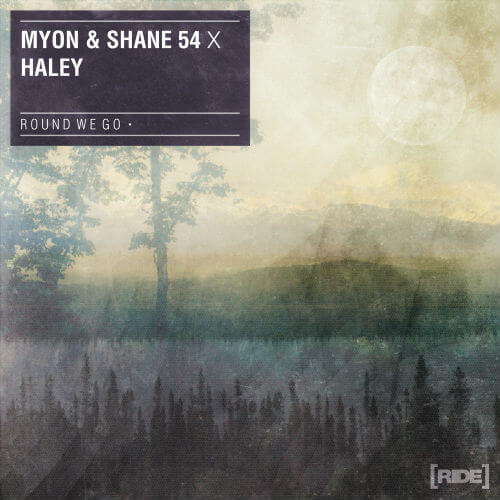 Through club-wowers like ‘Strangers’ (alongside Seven Lions & Tove Lo), their hit Cole Plante collabs, ‘Lie To Me’ & ‘If I Fall’ and the Kyler England-sung ‘Summer Of Love’, Myon & Shane 54 have been sending it out of the park of late.

Now, squaring up for their 2016 production adventures, the Hungarian duo have teamed up with a very special guest vocalist for a track that’s every bit as compelling!

Haley, who’s previously lent her spiritually elevating vocals to tracks like Kaskade & Tiësto’s ‘Only You’ and Kaskade & Deadmau5’s ‘Move For Me’ & ‘I Remember’ factors her evermore-recognisable vocals into ‘Round We Go’s irrepressible, irresistible equation.

Myon & Shane 54 With Haley – Round We Go available here today

Myon & Shane’s high-on-life, EDM-inclined riffs, rolling drums and electrifying production build ‘Round We Go’ up to lofty heights. Haley meanwhile infiltrates the track with her catchy vocal gravities, seizing its centreground with a song you’ll be singing for weeks.

More horsepower than a stable of Sea Biscuits and more uplift than a dozen 747s, ‘Round We Go’ is an outdoors, open-air anthem slamdunk in the making. Better still, you can grab your copy from today!