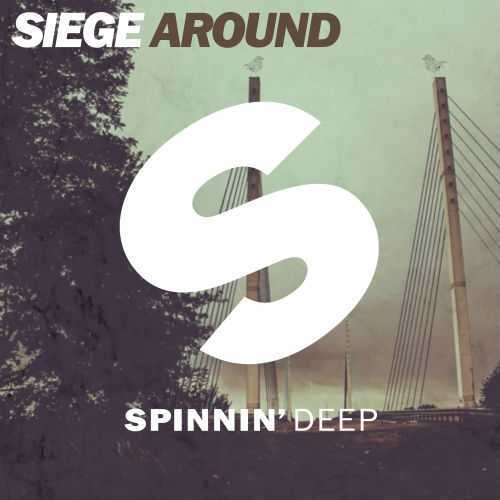 After widespread DJ support including the likes of Noir, Gorgon City, Audiojack, Edu Imbernon and BBC Radio 1’s Pete Tong and Danny Howard, the track is out now on Spinnin’ Deep.

It’s been a very quick journey rising through the ranks for Sieg Motmans AKA Siege. Born and bred in Belgium, it was from a very early age that Siege’s eyes opened to the world of dance.

His debut on Junior Sanchez’ label Brobot had heavy support from Annie Mac playing for three consecutive shows on the BBC which was closely followed by his release ‘Play Me’, on Radio One tastemaker, Danny Howard’s label, Nothing Else Matters, with support from Adam Beyer, Jamie Jones, and Jey Kurmis to name a few.

Closing off last year, his slick re-rub of Chic’s classic ‘I Want Your Love’ gained support from Danny Howard and Monki at Radio 1. 2016 was a big year for Siege who remixed the likes of Elderbrook, Disciples and Romanthony to name a few.

Now for 2017, his latest release ‘Around’ on Spinnin Deep, allows Siege to flex his deep deeper, melodic muscles on this 4am epic, and having just been announced on the WE ARE FSTVL line up in the UK, 2017 bodes well for the young Belgian.

“I’m super excited to get this release out, it’s a bit deeper and techier than I’ve done before, and a sound that’s really working for me in the clubs…hope you like it”