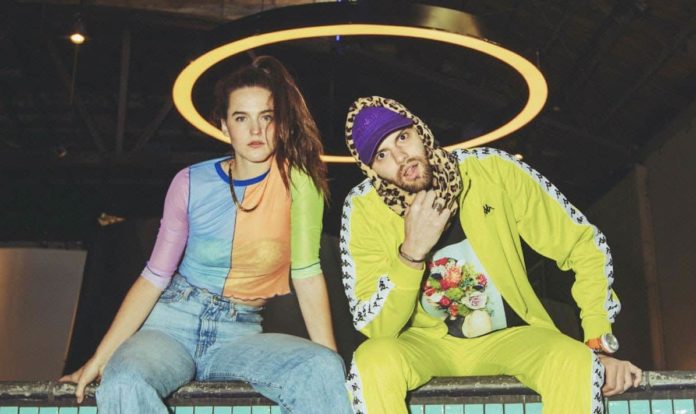 SOFI TUKKER are kicking off 2020 by sharing a new version of their single “Swing” from their Dancing On the People EP which features Australian rapper Allday.

The MC, who has had a string of three top ten albums in his native Australia, brings an escalating flow on the verge of combusting over the song’s dramatic strings and ominous chant adapted from Brazilian poet Chacal.

The group says of the collaboration, “You never know when you release a song where it will connect. Australia really embraced our song “Swing”, which we never would have expected from a song sung entirely in Portuguese. So we wanted to make a special version of the song with one of favourite Australian artists, Allday. We got to perform this version of the song together in LA and it felt soooo gooood. We are SO EXCITED that it’s finally out in the world!”. Allday adds, “I heard this song at a festival and was like “wow what is this” then a couple weeks later I met Sophie and Tucker and they asked me to rap on it. I said “yes please.”

SOFI TUKKER are devastated by the fires in Australia and urge everyone to help in whatever way they can. They are making donations to the NSW Rural Fire Service and the Australian Red Cross and encourage others to consider doing the same.

SOFI TUKKER will appear on the soundtrack to the forthcoming Warner Brothers film Birds of Prey. The group has contributed an as yet unreleased song “Feeling Good”. The soundtrack also features Normani, Megan Thee Stallion, Doja Cat and Halsey. Birds of Prey is in theaters February 7th.

SOFI TUKKER ended 2019 by sharing the video for “Purple Hat”. The single is exemplary of what made the world fall in love with the duo and is a joyous paean to community and letting your freak flag fly complete with a monster riff and playfully adventurous production. “Purple Hat” was born out of SOFI TUKKER’s Animal Talk parties, so it only made sense to go back to where things started for the music video.

The clip was directed by Charles Todd, who also filmed the videos for “Fantasy” and “Swing,” “Purple Hat” is for the fans and of the fans. Filmed at SOFI TUKKER’s sold-out New York City homecoming show at Avant Gardner last fall, the clip shows concert attendees arriving in their best cheetah print and purple hat gear, intermixed with performance and crowd shots. The music video gives full-bodied meaning to “Purple Hat’s” repeating line (and SOFI TUKKER’s EP name) “dancing on the people” as we see the camera pan over a sea of fans getting loose.